Venus Principle have signed a multi-album deal with Prophecy Productions. The British-Swedish dark psychedelic rockers feature former members of CRIPPLED BLACK PHOENIX and members of AT THE GATES, ISON, TACOMA NARROWS BRIDGE DISASTER, and LOUISE LEMÓN. Venus Principle will release their debut album via the label later this year.

Venus Principle comment: “We are thrilled to be invited to join Prophecy Productions, which is a label that we have been following for many years now”, writes keyboard player Mark Furnevall. “We are very much looking forward towards our future collaboration and to creating something really special together.”

Martin Koller adds: “It is with great pleasure that we are finally able to announce Venus Principle as the second new signing during our anniversary year”, relates the founder of Prophecy Productions. “I have been following the careers of many of the band members with great interest for a long time. When we were approached by the band about a possible collaboration, I was immediately impressed by both the demo as well as the professional attitude and set-up of Venus Principle. It was an easy decision to take this amazing formation onboard the label.” 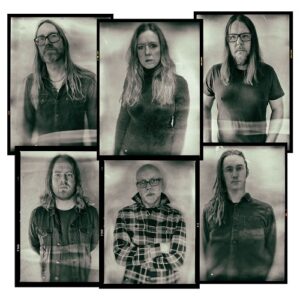 Venus Principle were formed in autumn 2019 after several of its members decided to part ways with CRIPPLED BLACK PHOENIX. Still very much in love with dark, melodic art rock and psychedelic music, this group of close-knit friends was not content to just sit at home and twiddle thumbs. Inviting more friends into their fold that share the same passion and musical vision for this modern take on a vintage sound, the new band amalgamates both the styles of Sweden and the UK into a fresh and eclectic aural experience. Venus Principle are currently recording their first full-length, which will be released via Prophecy Productions later this year. 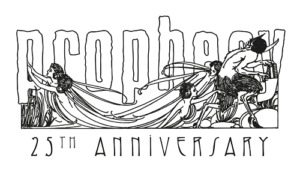 About Prophecy Productions: Prophecy Productions are an international label and were originally founded by their owner Martin Koller in Germany in 1996. From the beginning, the label has the declared aims of providing a dedicated home for dark stirring music and to offer long-term collaborations to artists signing into the family. This concept has generated a roster displaying a stylistic emphasis on dark music from different genres such as metal and rock, alternative, and folk. Signees on the label are generally characterised by a strong artistic vision, which is reflected in premium physical products. Prophecy Productions is best known for artists such as Empyrium, Alcest, Arcturus, Tenhi, Dool, and The Mystery Of The Bulgarian Voices feat. Lisa Gerrard.