Varg return to the heritage of pure Pagan Metal!

On their authentic masterpiece Zeichen, the wolves from Varg return to their roots and embark on a journey further down a new road. Forget anything you have seen or heard about them in the past few years and embrace the new album as a reboot of a band that never ceased to evolve and has gotten rid of everything superfluous.

This seventh full length release marks a new era for the wolves, haunted by wild battles, death and bloodlust – a resurrection from the fields of pagan metal, pairing razor-sharp melodic death riffs with Freki’s furious vocals. Within the first seconds of the album opener breaking loose, Varg draws the listener into the year “793” that heralded the ferocious era of the Vikings. In contrast, “Fara Til Ranar”, including additional female vocals, is a melancholic, captivating saga about the Nordic sea goddess Rán, who pulls wandering sailors down into her wet grave. “Verräter”, on the other hand, emphasizes the suffering and vengeance towards former allies with rapid guitar leads and ultimately the album culminates in the mighty title hymn “Zeichen”.

In addition to the ten new tracks, the mediabook contains a bonus CD featuring alternative versions of each song the band recorded with renowned guest musicians from Eluveitie, Nachtblut and Equilibrium among others. Looking at the final opus, it’s not surprising why Varg took four years after the publication of Das Ende Aller Lügen (which hit number 17 on the German charts) to regather their forces, and today, Zeichen shows that Freki, Fenrier, Morkai and Garm consciously took their time to realign their inner compass and are not afraid of musical and intellectual freedom. 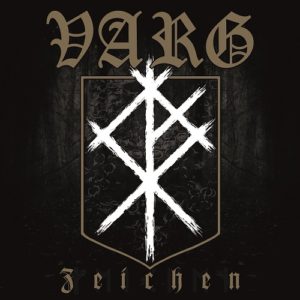 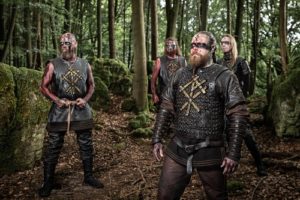 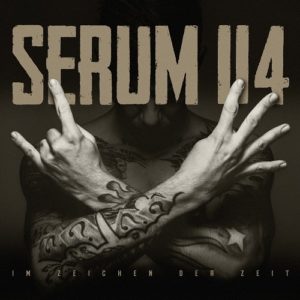 German punk rockers Serum 114 have been kicking up the fuss for over 10 years with their hard-hitting blend of punk and modern rock – without counting bruises or scars! Following their latest chart-topping longplayer “Die Nacht Mein Freund” (engl. “the night is my friend”) (GER #3), Serum 114 , fronted by the charismatic singer Esche, will release their new full-length, Im Zeichen der Zeit,(eng. “signs of time”) on September 18, 2020 via Napalm Records.

The new album, Im Zeichen der Zeit,includes 14 energetic tracks, careening towards a rock break-out. In an honest and authentic punk rock manner, “Freiheit” (engl. “freedom”) invites the listener to reflect on moments filled with happiness, to center themselves and find balance within, even if it’s just for a short amount of time. The mid-tempo anthem “Abgefucktes Leben” (engl. “fucked up life”) is driven by its unmistakably catchy chorus and dedicated to the simplicity of daily life. Esche’s rough vocals classify the band’s unique trademark, whilst pushing their songs, such as “Meine Band” (engl. “my band”), to a highly energetic level.

Despite wearing their punk rock attitude on their sleeves, Serum 114 is also capable of slowing down: “Wir scheitern voran” (engl. “we fail”) is a powerful ballad of failure and unveils an unusually calm side of the band. Serum 114 doubled down on their musical power and present themselves stronger than ever before: lyrically, musically and stylistically!