I was about nine or ten years old when I became a “hardrocker” for real, when discovering Guns n’ Roses. Before that I guess my first “favorites” were Europe (‘The Final Countdown’) and most of the pop/rock that was played on the Swedish charts in the 80’s. But Guns n’ Roses was the first band that I had a fan relation to, as in posters on the wall, t-shirts, patches, saving money to buy all the albums and magazines, wanting to become Duff Mc Kagan and all that. My parents are music lovers of sorts, but from that point I discovered all music on my own, mostly through MTV. Thanks to MTV I discovered Metallica shortly afterwards, and that was my real introduction to metal I guess. I found Metallica to have a really “mysterious” sound, even on the ‘Black Album’, which I loved.

Too many to mention, but I think Metallica has always been a fundamental band to me. They were great in combining melodies (Black Sabbath and NWOBHM influences) with harsh thrash metal (punk). I didn’t know about that back in the day of course. But back in the day I chose Metallica before Iron Maiden for example. Luckily I got into Iron Maiden just a bit later… 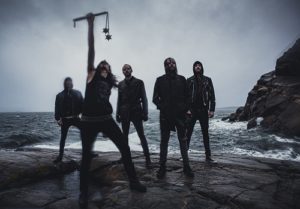 I’m one of the guitarists in the band. I played classical guitar in the municipal music school between the age of ten to sixteen. Parallely I started learning electric guitar on my own. So I’m basically schooled in classical guitar and still pretty bad at all these tricks one can do with electric guitars. My style of playing is pretty “clean” and simple – I’m far from a solo guitarist. I’m more into composing harmonic stuff; I guess that’s part of my classical heritage, so to speak. I wanted to play the guitar for a while, and my parents seemed to think it was a good idea. I haven’t taken any lessons in about 15 years though.

Yes, but I’m a bit limited. I’ve a maximum of 30 minutes a day of active music listening these days, so I don’t really spend much energy in unknown territories, if you know what I mean. Anyway, some years ago I started listening to Tangerine Dream, Dead Can Dance and some other ambient music that I really like to return to.

I am a lawyer by profession since twelve years now. The band isn’t a full time job as you understand, but I spend a lot of time with it. I’ve come to the conclusion that I like running my own businesses, and wouldn’t complain if Vampire would become a full time industry, because I even like most of the administrative work behind it. However, my yearly income from royalties amounts to less than 100 euros, so I don’t expect this to be my main focus anytime soon. 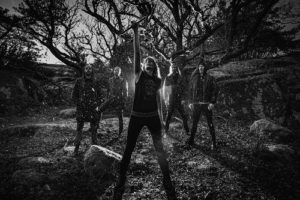 *If you could start a band with other musicians on other instruments, which artist would you pick for wich instrument and why? (Something Like an “All Stars Band”.) Would you still go for a thrash metal / death metal band? Or would you do something completely different?

It’s hard to tell which style I’d go for, but a while ago I was daydreaming about a post-punk band (I was listening a lot to The Chameleons at the time). I don’t really keep track about who’s who in the music scene nowadays, so I’d go for a bunch of old Norwegian faves then.

That’s basically the old Ulver line-up with some exception, but who cares. I’d be too lousy to play in the band anyway, so I would be their manager instead. It’s hard to tell what style that band would go for, but it would be interesting to hear?

… it would force me to get away from that island immediately.

Buy it just for the cover, it’s good enough. 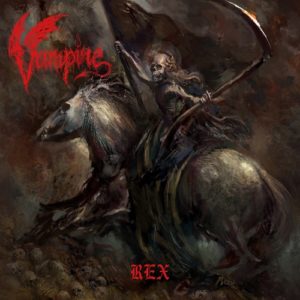 *I suppose you will promote this album through live concerts (when of course everyting is getting back to “normal” after the Covid 19 disaster). If so, would you prefer small clubs or big festivals? And is there a chance we can see Vampire in Belgium?

I’m not so sure about that. It’d be nice to come back to Belgium some time (we did some shows there in January 2016) and drink some Duvel, but we don’t expect it to happen soon.