Formed in late 2015 in a dark cavern beneath the streets of old Edinburgh, Bristling with dark majesty, King Witch draw comparisons ranging from Black Sabbath and Candlemass to Mastodon and High On Fire. The band quickly earned themselves a reputation as a formidable live act and have toured the UK and Europe in support of their first full length debut album “Under The Mountain” which was released on Listenable in 2018 .

The band comments : « Musically, inspiration came from the same directions as always – the classic doom of Trouble and Candlemass alongside the ever-present influence of Sabbath, Purple and Rainbow. “

Laura Donnelly (vocals) has delivered an amazing artwork once again as she develops : « The cover art depicts a woman floating in space with her skeleton/soul leaving her body. Our title track “Body of Light” is about Astral Projection and having the ability to straddle between different worlds. I felt the concept represented the album well in different ways by illustrating themes such as the occult, myth and legend, the human condition, escapism and, primarily, the question of what lies beyond. » 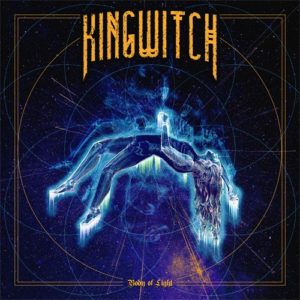 King Witch’s ‘Body of Light’ was Recorded at Deep Storm Productions, produced and Mixed by Kevin Hare and Jamie Gilchrist and mastered by Tom Dring. It is scheduled for an April 24 release date. 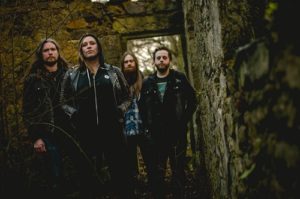