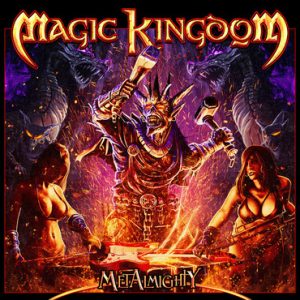 New album “MetAlmighty” will hit the streets 22nd of November 2019! The new album ‘MetAlmighty’ delivers 100% of what the fans are expecting, Dushan’s splendid guitar work combined with the strong vocal performance of Michael Vescera puts flesh on the songs and zests artfullness.”Michael’s vocals are very expressive and passionate,” notes Petrossi. “He always gives 100% and holds nothing back. We needed someone like him and are very glad that he is part of the band now.”

AFM-Records is stoked to announce the brand new Crystal Viper Album “Tales Of Fire And Ice”, released by AFM Records on November 22nd, 2019. Crystal Viper is a female fronted heavy metal act from Poland, founded by the singer, guitarist and composer, Marta Gabriel. While the band is often labeled as an NWOTHM act (new wave of traditional heavy metal), their new album, “Tales Of Fire And Ice”, presents a bit different approach. New songs are heavier, more intense, but first of all: more melodic. The album will be available as a CD, limited edition vinyl LP and digital download. CD and digital version of the album will include a bonus track in the shape of a DOKKEN cover “Dream Warriors” (originally recorded for “A Nightmare On Elm Street 3” movie), while the vinyl LP version will include Crystal Viper‘s rendition of the I-TEN song “Alone”, mainly known as the power ballad recorded by HEART! 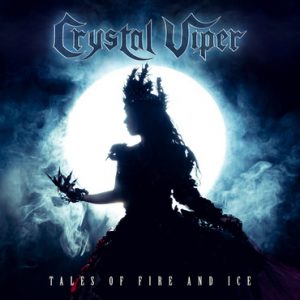