Dornenreich have released the first single taken from their forthcoming album “Du wilde Liebe sei” (“You Wild Love Be”) which is slated for release on June 11, 2021. The Tyrolean black arcane rockers have also revealed cover art, tracklist, and further details of their ninth studio full-length. Please view all album details below.

The single ”In Strömen aus Verwandlung ein flackerloses Licht” (“In Streams of Transformation a Never-Flickering Light”) is now available for immediate publication via the following link: https://youtu.be/I1X7ngNmW5s

Dornenreich comment: “As you might derive from the title ‘In Strömen aus Verwandlung ein flackerloses Licht’, which translates as ‘In Streams of Transformation a Never-Flickering Light’, this song kept evolving over all these years in its making”, relates vocalist Eviga. “To me, the piece appears to be surging, energetic, and ever mysterious – and it also introduces the earthy yet ethereal new sound of this album in great detail. Right at the start, it conjures a pure naked consciousness that is of great meaning for the whole album. In its core, this piece is a strangely exhilarating magical unity of music and poetry, which to me is the most appropriate first harbinger of a truly new album filled with surprises.” 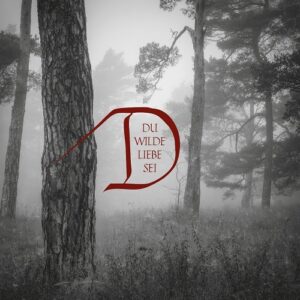 Dornenreich offer a veritable cornucopia of wonderful surprises on their ninth full-length “Du wilde Liebe sei” (“You Wild Love Be”). The Tyrolean trio has used the more than seven years that have passed since the release of their latest masterpiece “Freiheit” (2014) well to create a new dimension of sound.

The deep longing and radiant beauty that Dornenreich musically conjure with their new songs, easily ties in with the powerful lyrical concept that is permeating all of “Du wilde Liebe sei”. As the translation of the album title “You Wild Love Be” implies, this record revolves around the mystery of “love” and many of the powerful effects, painful misunderstandings, and complex entanglements that are forever associated with this human idea.

“What we humans call ‘love’ and refer to in countless situations and in all of our most important decisions, I perceive as the most influential and underestimated of all those forces that constitute and shape all of our lives”, explains Dornenreich mastermind Eviga. “The concept of ‘love’ is often taken as the base, the justification, and the aim of our individual existence as well as our societies – and thus marks this world. To me it is vitally essential to explore all of its aspects, especially in these times of growing alienation.”

2021 is a pivotal year for Dornenreich. The turn of the wheel of seasons has reached the 25th anniversary, which the Austrians will jointly celebrate with their label Prophecy Productions. 2021 will furthermore mark the 20th anniversary of the Tyrolean trio’s acclaimed milestone release “Her von welken Nächten” (2001), which formed the foundation for Dornenreich‘s continued reputation as one of the most individualistic, unpredictable, and uncompromising entities with the German language dark folk and metal scene.

Formed in the Tyrolean city of Innsbruck by frontman Eviga and former band member Valnes, Dornenreich at first emerged into this world with the 1997 demo “Mein Flügelschlag”, which was followed by the Austrians’ debut album “Nicht um zu sterben” (1997). Originally audibly inspired by melodic black metal, Dornenreich developed a far wider musical horizon on the following seven albums with the progressing inclusion of acoustic instruments and elements derived from folklore and classical music as major contributing factors. Now, “Du wilde Liebe sei” marks the next major step in the band’s never predictable evolution of their unique style, which they have dubbed “black arcane rock”.

“Du wilde Liebe sei” was recorded over the years in the studios of the band members, and finally mixed and mastered by Dornenreich‘s long-time associate Markus Stock at Klangschmiede Studio E, Germany. With “Du wilde Liebe sei”, Dornenreich enter a new sonic dimension that shines brighter than ever before and witnesses the Austrians climbing onto their highest artistic peak yet – time to get packed and to join their wondrous journey on the trail of love. 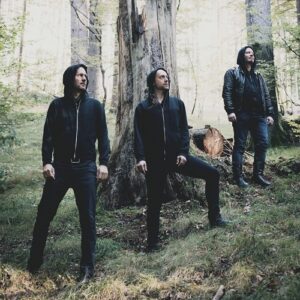