I met a guy back in 1984-ish with whom I shared mutual interests, and he was a bit more into heavy rock and such and had some friends that were much more into metal than I was. I think I knew Iron Maiden, AC/DC and such, but didn’t really care much about it. I was then later introduced to Kreator’s ‘Endless Pain’ and Destruction’s ‘Infernal Overkill’, which totally ripped my face off! By that time, I knew there was something fantastic hidden in this genre, so I started to explore this more and more. Keep in mind that you had to physically buy the vinyls or try the local library at that time to seek out new genres or bands, and I did just that. Absolutely loved the new music world that opened up to me as well as the fantastic community within metal listeners. 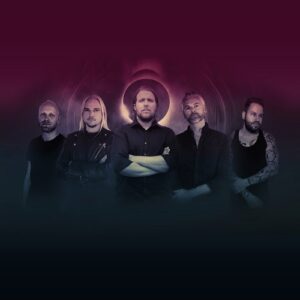 In the beginning, I listened to a lot of really heavy bands, but I slowly gained interest for more melodic stuff and early on it was bands like Fates Warning, Queensryche, Crimson Glory, Watchtower, Sanctuary, Psychotic Waltz, but also more heavy bands like early Pestilence, Morbid Angel, Suffocation, Dark Angel, Slayer etc. were very important bands to me back then. I’ve been trying to write a new ‘In Dark Places’ or ‘Lonely’ by Crimson Glory ever since, haha! Obviously what I listen to has very much shifted through the years, and I really try (it’s hard!) to keep an open mind in metal and take a lot of new genres and artists in and really listen to it.

I’m absolutely 100% self-taught as a musician and also as producer/engineer/mixer. This is not because it was something I chose, but I grew up in a small town where I was the only person with an electric guitar and long hair. Seriously… I was. There just was no chance for me to learn from anyone, so I just had to figure things out myself. I did that – played to a lot of records, and I think I kinda taught myself to play that way. I even wasn’t bad on drums as well, because I played air-drums to so many albums during my teenage years, haha! This also gave me a sense of time and where rhythms sit so I felt more comfortable with intricate rhythm patterns and such. I think my parents thought it was kinda cute in the beginning, but I don’t think they were so happy about me trying to persue this as a life-goal or dream. They never said anything, but it was more like… They thought of what I did as a fun hobby and I would probably grow out of it. I never did, and now I’m living my dream. 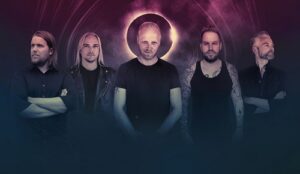 Yes, I do listen a lot to what’s on the radio, as it’s very inspiring at times to hear where pop music is going. There’s always something to take away from other genres, I think, even though I get a little stressed over bebop and free jazz, haha! I also try to listen to classical music once in a while when I’m driving, and I try to analyze things that are going on and are cool. To name a few artists that are not metal that I like: Elvis Costello, Tue West, Inge Bremnes etc. However, when I’m off from the studio, I mostly listen to talking. Music is in my face 8 hours a day straight, and when I come home, it’s nice and soothing to listen to podcasts. It’s really OK if they’re about music in some shape or form, just… I can’t take in more music, haha!

Yes, it indeed is, but not as a musician. I am self-employed and own and run a studio where I mix records 😉 Would I stop if performing music would start paying my bills? Hmmm… For a while maybe, but I actually think it’s much more fun to be behind the curtain so to speak, rather than on the stage. I like hanging out with the guys in PYRAMAZE, but I think studio work is so much more me. I’m a little too introvert to be a full-time touring musician, I guess. 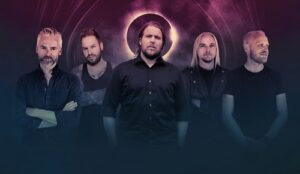 *If you could start a band with other musicians on other instruments, which artist would you pick for wich instrument and why? (Something Like an “All Stars Band”.) Would you still go for a (progressive) power metal band? Or would you do something completely different?

Ah, that’s rough! First one that comes to mind for drums is Tommy Lee. I’m by far a Motley Crue fan, but he’s the ultimate rock drummer, I think. So tasty and such a feel. Bass… I’m not sure, maybe Dug Pinnick of King’s X and he could sing at the same time! That would be sweet! And then some tasty guitarist. Could be Paul Gilbert, also because he seems like a nice dude! I guess it would be a melodic rock band of some sorts, haha. I really don’t know.

1. ELO – ‘Time’: I was 11 when I first heard this album, and it totally blew my mind. The whole futuristic conecpt was so much me, and Jeff Lynne’s Beatles’esque harmonies and song-writing just caught on to me and I’ve loved it ever since. That album NEVER gets boring!

2. Slayer – ‘Reign In Blood’: When I started to feel down and I needed a kick in the butt.

3. Fates Warning – ‘Parallels’: If I wanted to go a bit more sentimental.

4. Evergrey – ‘The Atlantic’: It’s just a display of good taste all the way through. 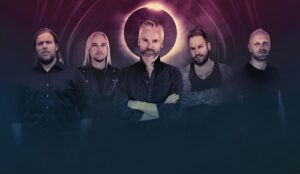 It’s just more of what you hopefully loved from the earlier albums of PYRAMAZE v2.0. We started off with ‘Disciples Of The Sun’, continued and refined the style on ‘Contingent’, and now we’re just so much better at writing great songs. It’s what matters. The songs. I think there are so many fantastic songs on this album that will cover a wide variety of a PYRAMAZE fans dream songs. We have epic, power metal songs and melancholic power ballads etc. We’ve pretty much got you covered! Haha! You’ll see it when you hear the album. 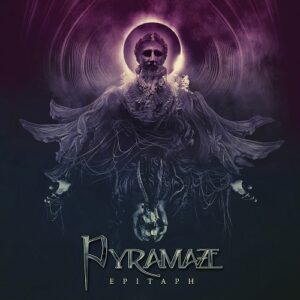 *I suppose you will promote this album through live concerts (when of course everyting is getting back to “normal” after the Covid 19 disaster). If so, would you prefer small clubs or big festivals? And is there a chance we can see Pyramaze in Belgium?