Band comments on album: “We have aimed for our new album to follow its predecessor’s atmosphere, but also tried to give it more complex musical context. Its expression and lyrics – both figuratively and literally – carry the dire ambience that started to grow in the first album, digging deep into such topics as alienation, constant changes, anxiety, and death.” 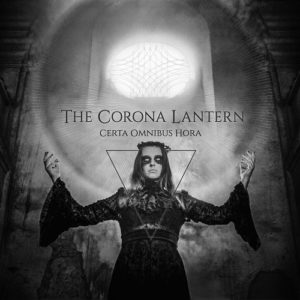 Album tracklisting: 1. As Wide Eyes Travel 2. Through This Swamp of Oblivion 3. Up the Last Hill 4. Hours Between Heartbeats 5. Make Me Forget 6. The Truth and Its Will

The Corona Lantern was originally planned as a studio-only project. Back in 2014, Igor Krakhmalev (Guitars in Diligence) and Daniela Neumanova (Vocals in Diligence and Abnormality (live performance in 2019)) have merged their efforts yearning to submerge into slow sludgy atmospheric waters. They were then joined by Simon Hajdovky (Drums in Monna, Fanfan Tulipan, Diligence, North Innergy, and others) and Dmitriy Borovkov (Bass Guitar). As a result of these efforts “MMXV” EP has appeared and inspired the band to follow up with an LP Consuming the Tempest and to begin their live performances. On stage the band is accompanied by Tonda Smrcka (Guitars in Rise of Surya). 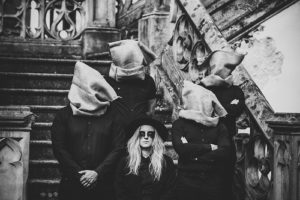