After an 11-year of hiatus in publishing, Darzamat – the Polish pioneers of atmospheric black / gothic metal are back!

We are pleased to announce that this fall – 18 November 2020 the long-awaited studio album of the Polish band Darzamat will be released. 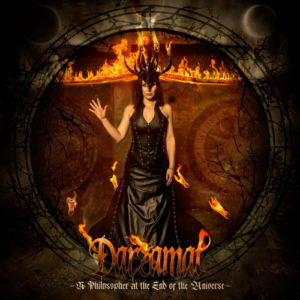 The album produced in the excellent Krakow studio Gorycki & Sznyterman by Jarek ‘Jaro’ Baran – one of the most successful Polish music producers. Pre-production made in London with the participation of Maurycy “Mauser” Stefanowicz, known from such bands as Vader, Dies Irae and Unsun.

The concept of the album captured in an extraordinary philosophical and lyrical idea. The album also includes a fragment of a story straight from a classic Gothic novel, written by the singer and band leader, Rafał ‘Flauros’ Góral, together with his poet friend, prose writer and linguist – Jesion Kowal.

A professional photo session of the band was made by Jeremy Astaszow from Astashow Studio and with the participation of the Nam-Tara fire theater.

The album is promoted by a music video for the title track A Philosopher at the End of the Universe https://youtu.be/bT6kPy_qXZc 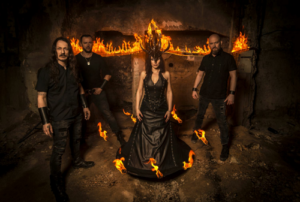