Sombria is a dark / melancholic metal project which has been formed by singer/songwriter Dimi De San who comes under the name ‘’Valentina Devin’’ and guitarist/composer ’Raven Seven’’. The band has an international line-up featuring members from Norway, Greece & Mexico. Sombria is set to release their debut album Chirographon Dei on November 27th 2020 by Inverse Records.

The band released their first single and music video Sarcophagus of Roses and it is available here: https://youtu.be/2VBYluFG9ps

Valentina Devin (Dimi De San) and Raven Seven: “Desperation, oppression and finally redemption. This song belongs to a desperate attempt to escape from torturing memories, from a sense of insupportable loneliness and a dread of some strange impending doom. A song, a melodrama, a profound cry with a theatrical quality, full of old – fashioned melancholy and depression. Sarcophagus of Roses is a strong metaphor of our inner self, a refuge along with the scent of roses inside your solitude.“

Dimi De San’s music path started on 2012 with the formation of the band Caelestia which had been leading up to 2019. Then she decided to leave and join forces with Raven Seven creating Sombria.

Both have been featured several times in various magazines , with full interviews and live performances while also appearing in noumerous tv and web shows.

Dimi’ s successful tour on 2019 with Norwegian “Vulture industries”, “ Hellheim” and “Madder Mortem” marked the beginning of Sombria as a life project.

Its main purpose apart from featuring music, acting and dancing is aiming to raise awareness -through their music, lyrics and performances- over many sensitive subjects like child poverty, environmental issues, equality etc and also focusing on helping people in need as much as possible.

All of the songs have been composed by Raven Seven and lyrics created by Dimi De San (Valentina Devin). 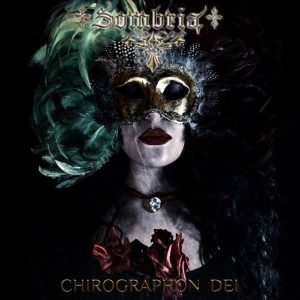 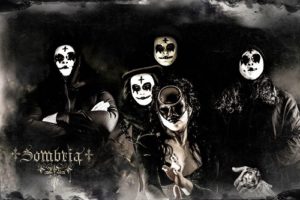