It has been twelve long years since the release of Darkness, the last full length release from Poland’s Hell-Born, but finally the silence is about to be broken! Now signed to Odium Records, Hell-Born are preparing to unleash Natas Liah; according to front man Baal “the best, the most mature, refined, atmospheric Hell-Born album we have ever recorded”. Featuring nine dark, venomous songs that blend the extreme arts of black, death and thrash metal in the traditional Hell-Born style, Natas Liah encompasses everything that this respected band have always stood for.

Co-founders and ever present members of Hell-Born, bassist/vocalist Baal Ravenlock and guitarist Les were both integral parts of the early years of Behemoth, with Baal helping to form the band. Both appeared on the Grom album and Les went on to play on the legendary Satanica as well. That being the case it seems only fitting that Behemoth’s Adam ‘Nergal’ Darski joined them in Creme De La Creme studios – as Baal explains… 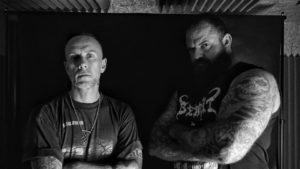 “You will be able to hear the voice of Adam Nergal Darski on the song ′Blakk Metal’. The composition is a clear and uncompromising tribute to the times when we created something very important, a celebration of our joint contribution to the shape of the Polish extreme metal scene.”

Another link in the chain of steel which binds the stories of Hell-Born and Behemoth, Natas Liah was mixed and mastered by Haldor Grunberg, who was engineer on the revered Behemoth album I Loved You At Your Darkest.

Natas Liah will be released by Odium Records on digi-pack CD and vinyl in the winter of 2020 – be ready! 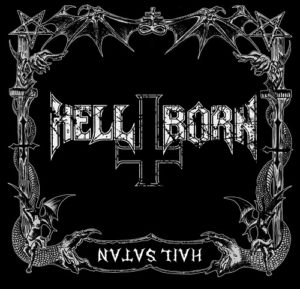