“Realign” to be released November 6th

From mesmerizing verses to explosive choruses – Melodic Metal act Jaded Star has announced the worldwide signing with Noble Demon, who proudly welcomes the band to their eclectic and ever – growing artist roster!

Formed by Maxi Nil (ex Visions Of Atlantis) and Raphael Saini (ex Iced Earth), the band’s debut album, “Memories From The Future“ ( 2015 / Sensory Records), took the heavy scene by storm and not only brought Jaded Star sharing stages with with acts like Moonspell, Epica, Xandria, Draconian and many more but also building a loyal and worldwide fan base.

Says the band about the signing: “On this new era for Jaded Star our paths crossed with Nuclear Blast’s veteran Patrick Walch and his amazing team of the up and coming German metal force Noble Demon records. Patrick believed in us from day one and we share the same mindset. We’re really looking forward to what the future shall bring and we invite you all on this new adventure with us! “

Jaded Star‘s brand new opus, titled “Realign”, is set for release on November 6th, being the charismatic and dynamic, beautiful but heavy, follow-up record, that their fans have been waiting for. An impressive first peek of what to expect from the upcoming full length album can now be heard and seen in form of the music video for “Female Fronted”, streaming here: https://www.youtube.com/watch?v=uJBkQ0QMK04&feature=youtu.be&ab_channel=NobleDemon

Maxi Nil explains: “I never really understood the term Female Fronted Metal…why should we use the sex of the singer to define a music genre? You see a woman behind the mic, you hear a woman singing…isn’t that obvious enough? Our song Female Fronted is an ode to music that is meant to unite and not to divide. Let’s put an end on this new trend, sexism doesn’t belong in this world, we can all do better than this.” 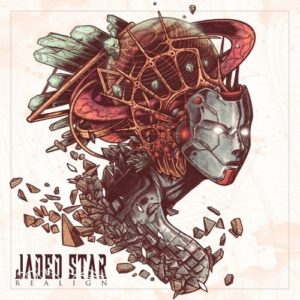 “Realign” will be coming out on November 6th via Noble Demon and on the official landing – page you can already NOW give permission to have a release saved to your library or added to your playlist as soon as it is out. So no need to embark your calender anymore!