Finnish extreme metal band Soulwound is set to release their third studio album ‘The Suffering’ on September 11th 2020 via Inverse Records. A new single and music video ‘The Cult Of I’ is released today. Watch music video at https://youtu.be/le74UYL5bMU

The band comments: “The Cult of I was the last song put together for the album, and it was chosen as a single to represent the album’s groovier and catchier side. The tune was built on the foundation of Niko’s riff demo, which underwent some changes as the guitarists bounced riffs off each other and was finally arranged into its final form as a group effort. The lyrics are a big middle finger to all self-important internet activists who have delusions of importance and significance just because the internet enables them to have their voices heard, and who engage in sheer malicious bullying under the guise of moral superiority and virtue signaling. The video is based on the style of quarantine videos that have been popular among bands recently, and to counterbalance the usual gloomy nature of our videos, we wanted to get a little silly for a change and use as little time, effort and money as possible on the project. The song itself is waving a middle finger around, so why not have a video that does the same.” 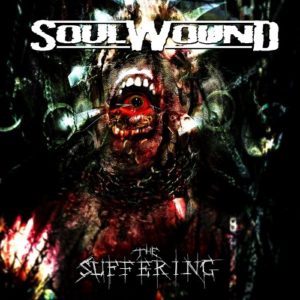 The album is engineered, mixed and mastered by Saku Moilanen at Deep Noise Studios. 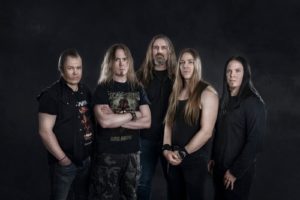