The legendary 90’s US Death/Thrash band Possession, will see their entire discography re-released on a 2-CD titled “Disentombed Manifestations” on August 26th, 2020 through Xtreem Music. 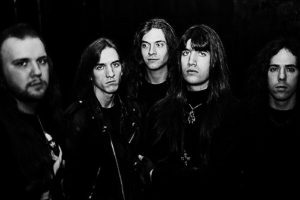 Possession were formed in 1991 and recorded their first demo “Mad Crazed & Violent” between December ’92 and January ’93, to later release a mini CD titled “The Unnameable Suffering” that same year. In ’95, the band released their only full-length album “Eternally Haunt” and then in ’97 they released another mini CD entitled “Scourge & Fire”, which was their last official release. This 2-CD compilation includes not only all those recordings, but also an unreleased 6-song demo from ’95, and two songs from ’98, one of them is an unreleased song and the other, a cover of Iron Maiden for a tribute.

“Disentombed Manifestations” comes with liner notes, original covers from each release and tons of photos and flyers by this magnific & underrated US Death/ Thrash Metal band with a difficult definition due to its multidirectional style, which is at the same time technical, aggressive and intense with a really dynamic & unconventional vocalist that makes them unique. On top of this, the awesome cover artwork was made by Juanjo Castellano! 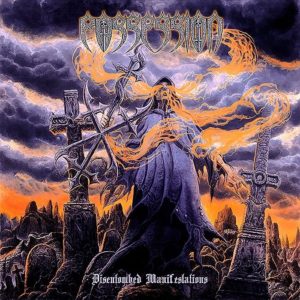 Release date for “Disentombed Manifestations” will be August 26th, 2020 through Xtreem Music on 2-CD format. You can visit Possession‘s official site here: www.facebook.com/OfficialPossession and listen to a song from their ’95 album at https://www.youtube.com/watch?v=iAJKmgT7pko