Katavasia is a Greek black metal band formed in 2014 by members of well-known Greek metal acts such as Varathron, Hail Spirit Noir, Aenaon, Melan Selas, and Agnes Vein. The goal of the alliance was to compose and perform Greek black metal at its finest. 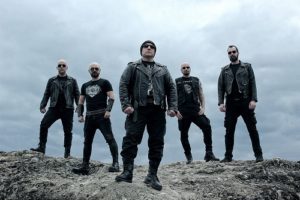 In 2015, Katavasia released their debut album, Sacrilegious Testament, which was highly praised by both media and fans for its dedication to the original Greek BM sound but at the same time offering originality. A 7″ EP titled Daemonic Offering followed in 2017 to prove, once again, the band’s aptitude and hunger for more devilish riffs and engrossing atmosphere.

At long last, Katavasia return with their sophomore album, Magnus Venator. Translated into English as “The Great Hunter,” indeed does Magnus Venator provide fuel for a frenzy of utterly classic Hellenic black metal, done by the originals (Varathron’s Stefan Necroabyssious is again on vocals) and their reverent acolytes alike. Together, Katavasia are in their mightiest form here, offering a nine-track/42-minute experience that’s equal parts triumph and tragedy, bloodlust and bathos: in short, everything that’s so enveloping and eternal about the early ’90s Greek black metal wave, but given a refreshingly epic twist. Further underlining those roots, George Emmanuel (Lucifer’s Child, ex-Rotting Christ) contributes a guest guitar solo on “Hordes of Oblivion.” 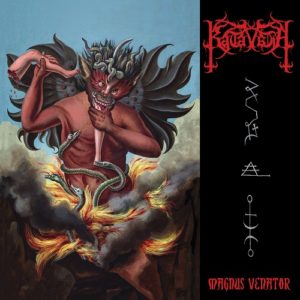