US Epic Power/Heavy Metallers Greyhawk have just signed a deal with Fighter Records for the release of their debut album “Keepers of the Flame”, which will be released on June 16th, 2020 on CD & 12″LP formats.

Greyhawk were formed in Seatle, in 2018, and released their first mini CD in October of that same year independently, although the following year it was reissued by Swords and Chains Rec., receiving excellent reactions from the specialized press. In early 2020, Greyhawk finished recording their debut album “Keepers of the Flame”, which has led them to sign with Fighter Records.

“Keepers of the Flame” is an impressive work of 11 songs with a great production which took place at MagicMix Studios and mastered at Mystery Room Studios. On this album, Greyhawk mix traditional heavy metal with power metal and Shred, full of epic and dynamic compositions, virtuous guitar solos and an absolutely brilliant vocalist. For lovers of good classic heavy metal like DIO, YNGWIE MALMSTEEN, RACER X, MANOWAR, SAXON, VISIGOTH, QUEENSRYCHE… stay tuned because this album can be one of the big surprises for 2020! 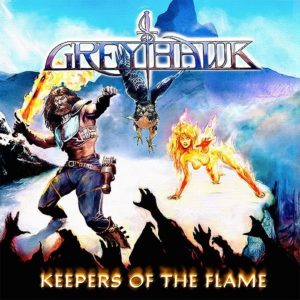 Release date for Greyhawk “Keepers of the Flame” will be 16th of June 2020 through Fighter Records on CD & 12″LP formats. In the meantime, check out Greyhawk official Facebook site here: www.facebook.com/Greyhawkmetal and listen to a song of the album on the following link: https://www.youtube.com/watch?v=HNWMeafufFg 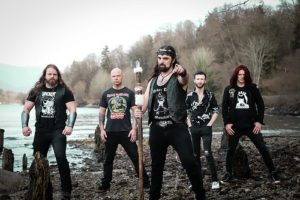