Symphonic / cello metal band Leecher have released a brand new song and lyric video called Get Over It, heralding their upcoming second studio album Deviant, expected to be released early 2020 via Nail Records. The new album was recorded, mixed and mastered by Gábor Vári (Dystopia) in Miracle Sound Studios. Just like the cover of the new album “New Dawn Awaits” by Tales of Evening, the cover art and the layout design was created by Alex Mihályfi-Tóth (Redart Illustrations).

Leecher: Get Over It (Official Lyric Video): https://www.youtube.com/watch?v=4qopgnN9vpw&feature=youtu.be

“This song teases our new album, Deviant, which is going to be released early next year. We’re looking forward to this release very much and we’re very proud of the new material, producer Gábor Vári really did a marvelous job! We truly feel we’ve given our best this time, there are no fillers on this record. In the same time, we’ve become more honest, we’re not afraid to express our freaky thoughts, hence the title of the album” – the band commented.

Despite it’s popularity, bands with music akin to Finland’s Apocalyptica’s metal played on cellos instead of guitars never crowded the scene, and Leecher started moving bows on their strings in 2008, when this unique genre was already flourishing, mixing female vocals, cellos and melodic metal. As soon as they’ve unleased their debut album “Sightless” back in 2016, things started escalating quickly as Leecher found themselves performing all over their home country of Hungary with increasing international interest that resulted in an European tour in 2018 with BLODIGA SKALD. Now with “Deviant” soon to be added to their catalogue, these determined and charming musicians are absolutely ready take their presence in the international scene to the next level, as they combine all the best aspects and sounds this genre has to offer – certainly recommended to fans of Therion, Nightwish and Apocalyptica.

Earlier this year Leecher has released the first new song off the album, Messengers of Fear, featuring growled vocals by Axuruk Kaleniuk of BLODIGA SKALD – check the video at: https://www.youtube.com/watch?v=55IwXRPpUVE&feature=youtu.be – who they have also performed with on their European tour last year. Lately they have been supporting symphonic metal band TALES OF EVENING in Hungary on their “A fény nyomában” tour, and after taking a short break they’ll embark on an European tour supporting VISIONS OF ATLANTIS in April and May 2020. 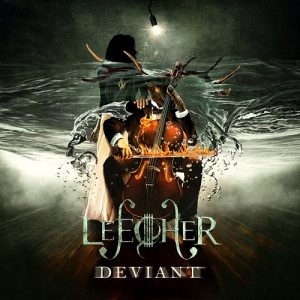 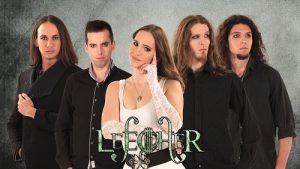