Tygers Of Pan Tang are set to release their new album in November on Mighty Music. This will be their second effort with the label and also the second recording by the current line-up. The album was recorded at ex-Tygers’ guitarist Fred Purser’s studio in Newcastle Upon Tyne and mixing and additional production was again conducted by Soren Andersen, most recently known for his role as Glenn Hughes’ guitarist. Mastering done by Harry Hess (Harem Scarem).

Of the album title, vocalist Jack Meille explains “Making an album is some kind of ritual. There is something sacred in writing songs as nobody can really tell where the inspiration for a riff or a melody comes from. You can never tell when it’s the right time to write a song and you can allow yourself to be inspired; it’s like embracing the energies of all members and being connected’. “Ritual” is a huge priority for Mighty Music following the band’s previous album that has now sold 10.000 copies + worldwide. 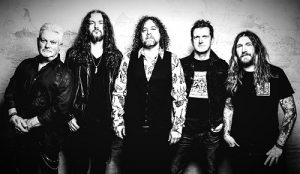 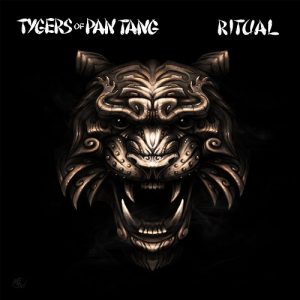 “Ritual” will be released in CD, LP and digital on November 22nd.