Crobot and Mascot Records have announced the global release of the band’s new studio album Motherbrain on August 23. Earlier this year, the band presented a raucously entertaining lead music video for the song “Keep Me Down”. The band and Mascot Records present a second song from the upcoming album titled “Low Life” which can be heard at https://www.youtube.com/watch?v=bhfaPK70ShM&feature=youtu.be&utm_source=Benelux+%2B+ROW+Press&utm_campaign=83ba1e9af8-CROBOT_MOTHERBRAIN&utm_medium=email&utm_term=0_91fb212bf1-83ba1e9af8-297378397&mc_cid=83ba1e9af8&mc_eid=9103121255

Like food of the gods, rock ‘n’ roll nourishes the soul. Offering holy communion, Crobot proudly personify a trinity of “meat, strings, and emotion” within their music and during the raucous and raging gigs they remain known for. Striking a delicate balance between hard-charging riffs, ass-shaking funk, and out-of-this-world reflective stage attire, the Pennsylvania quartet—Brandon Yeagley [lead vocals, harmonica], Chris Bishop [guitar, vocals], and Dan Ryan [drums], satisfy starvation for sonic sustenance on their fourth full-length and 2019 debut for Mascot Label Group, Motherbrain. James Lascu and Eddie Collins share the role of touring bassist for Crobot. 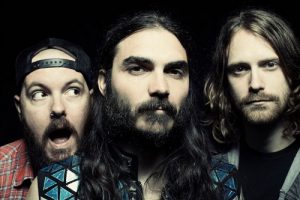 “When we were making the record, it was all about ‘meat, strings, and emotion’,” affirms Chris. “It explains the thought process. We’d usually start the day with chicken biscuits from Chik-fil-A. Obviously, I would play the strings. The emotion comes from the sheer power of me playing.” Yeagley adds, “It had nothing to do with the chicken biscuits.”

Crobot continue to fill a void. Since emerging in 2011, the group have quietly cemented themselves among the rising rock vanguard. Following the 2012 debut Legend of the Spaceborne Killer and 2014’s Something Supernatural, the musicians made waves with Welcome To Fat City in 2016. Consequence of Sound praised the title track as “a stomping slice of doom,” and Classic Rock bestowed a coveted 4-out-of-5-star rating on the album, going on to claim, “Welcome To Fat City is a mighty leap forward for Crobot, an ebullient masterclass.” Not to mention, they received acclaim from AXS, New Noise Magazine, and more as total album streams surpassed the 1-million-mark. Along the way, Crobot toured with the likes of Anthrax, Clutch, Black Label Society, Volbeat, Chevelle, Motörhead, The Sword, and more in addition to appearing on ShipRocked! and at numerous other festivals.

During late 2017, the boys started to write what would become Motherbrain. Signing to Mascot Records, the group went from writing at Chris’ spot in Austin, TX to Marietta, GA where they holed up in the studio with Corey Lowery [Seether, Saint Asonia] for a month. The producer’s direction to embrace the dark side took life, while Brandon delivered some of the most emotive recordings Crobot has delivered to date. 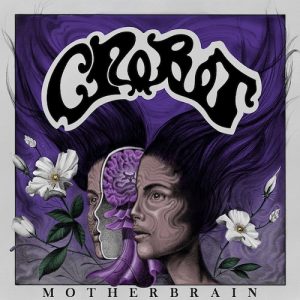