On February 24th, Finnish metal melancholists Insomnium will release their ninth full-length, Anno 1696, via Century Media Records. Based on a short story by Niilo Sevänen (bass/vocals), Anno 1696 is woven with sorrow and the last crumbling vestiges of hope. For a preview of this upcoming album, the new single, “The Witch Hunter”, can be seen at https://www.youtube.com/watch?v=UyXHvjS_8d8&ab_channel=CenturyMediaRecords 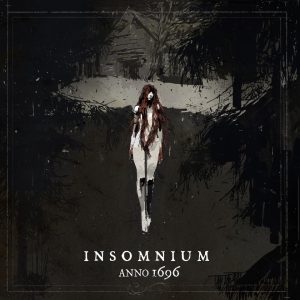 Guitarist Markus Vanhala comments about the track: “This is a good example of a song growing and finding its own wings during the studio process. This one definitely has a cinematic feel; the storyline needs the essence of journey moving forward. In fact, I made a Finnish vocal demo for this one, reading and screaming Niilo’s storyline, but only the name stayed and translated from ‘Noidanmetsästäjä’ to English. But that’s another story and a secret version never to be found by ‘outsiders’… :)”

Bassist/vocalist Niilo Sevänen adds: “This is Markus Vanhala’s composition; it actually does not really sound like the archetypal Insomnium song and has some very interesting elements. One of the songs that improved the most in the studio in my opinion – and became one of the singles. Lyrically it continues to tell the story from the Witch Hunter’s point of view.”

Guitarist Ville Friman concludes: “For me, this song has a really strong cinematic feel to it, and I can easily travel into the story in my head when I close my eyes.”

Pre-order Anno 1696 as a 2CD Artbook Edition, 2LP+CD in gatefold with etching on D-side, 2LP in gatefold (USA only), CD jewel-case or digital album.

Soon after Anno 1696’s release, Insomnium will return to North America for a co-headlining tour with Enslaved, plus Black Anvil as support. Tickets and VIP upgrades are available from: www.insomnium.net/tour 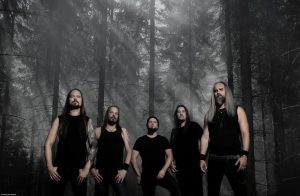