Poland’s provocative black / trash outfit Witchmaster announces “Kaźń” as the title of its new studio album, set for release on November 25th via Agonia Records. Read on for cover artwork, traclisting and other details.

Witchmaster ends its seven-year slumber to bring more chaos and clamour through the art of blackaned thrash metal. Since 1996, the band descends deeper and deeper into an absurd theatre of cruelty, pursuing the cold embrace of aural depravity and darkness. “Sipping blood from skulls and gnawing the bones of old gods, we hope to let you down once again,” comments the band perversely. 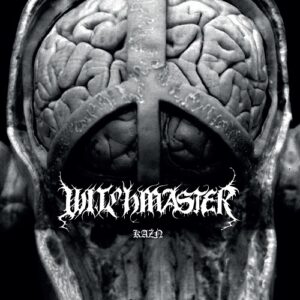