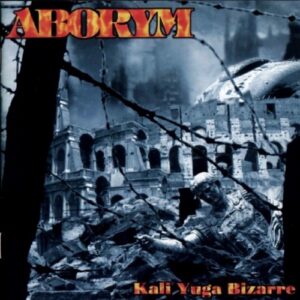 Set for release on January 28th, Subsound Records has announced the reissue of Aborym‘s debut album “Kali Yuga Bizarre”. Originally released in 1999, with “Kali Yuga Bizarre” Aborym have created a work full of surrealism and emotions, containing nine tracks with the band’s intense and very own mixture of industrial soundscapes and atmospheric black metal. A powerful epic and highly varied opus, and one that, in retrospect, also reflects the grandiose and determinedly avantgarde direction extreme metal was taking at that time, its dramatic synths and soaring, clean vocals providing a nod to progressive music.

At this time, and as a result of the departure of vocalist Yorga SM during the finalization of the album, the band sought a new singer to complete the last few tracks of the album, soon finding a replacement in MAYHEM vocalist Attila Csihar, who became the sole vocalist on the band’s follow-up, 2001’s “Fire Walk With Us!”.

In a way, “Kali Yuga Bizarre” in particular was prophetic for the high-level experimental industrial rock mood Aborym reached through the 2021’s worldwide acclaimed album “Hostile”, through which the band consolidated its definitive uncompromising abandonment of extreme metal music style and its so called “scene”.

Fabban of Aborym about the album and the re-release: “It was 23 years ago. In 1998 we entered the Temple of Noise studios to record what would be the first Italian experimental extreme metal album ever released, Kali Yuga Bizarre. The record was released on April 1st. 1999 through Scarlet Records, and we owe so much to Stefano Longhi who believed in us and who signed us up! Maybe not the best production ever, but it was the start of a long long career in music that we wouldn’t have wanted to be without! Fortunately we found our own sound later on, but this record will always stand there as a homage to our roots! Now you can get your vinyl version, thanks to Davide Subsound Cantone and Subsound Records”.

Set for re-release on January 28th via Subsound Records, “Kali Yuga Bizarre” will be available worldwide and for the first time ever in the following formats: – black vinyl / – limited blue vinyl / – ultra limited splatter vinyl / – tape 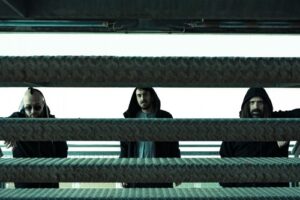