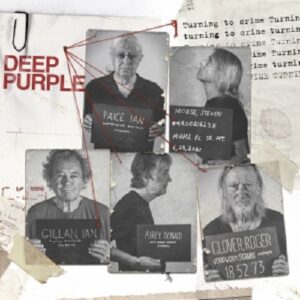 With strong tailwind from last year’s chart leading album “Whoosh!”, Deep Purple surprises with new album. Doing what they never did before: recording an album made 100% of music originally written and recorded by other artists: obscure gems of rock and R&B.

The “time trilogy”, consisting of “NOW What?!”, “inFinite” and “Whoosh!” (2013, 2017 and 2020) have sold over 1 million albums, topped the charts 11 times and achieved more than 40 Top 10 positions worldwide. Producer and friend Bob Ezrin, who worked with Deep Purple on the previous albums forming the “trilogy”, was once again an important part of the new studio work.