Ektomorf return to their musical roots and are Reborn under the sign of thrash metal after 26 years of existence. With their debut on Napalm Records, the Hungarian power machine transports the genre into a promising, modern era and sets itself free from any pigeonholes. 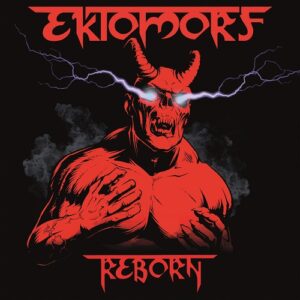 Songs like the opening “Ebullition”, the furious menace “Fear Me” or the energetic, angsty wrecking ball “Smashing The Past” spark off with complete power, always pulling straight forward with no distraction by detaining side scenes. Without making any compromises, Ektomorf shred their way through eight numbers, pushing each other even further while keeping the usual in-your-face-mentality pervasive at all times.

Since their debut, Hangok (1994), the four-piece around singer/guitarist Zoltán “Zoli” Farkas has been regularly delivering new power to their devotees. Only three years after the release of their chart-breaking full-length, Fury, Reborn ignites a blazing fire with its heavy sound and harsh lyrics that will burn any genre limitation to the ground. Their 15th studio album breathes the spirit of the “Big Four” – Metallica, Slayer, Anthrax and Megadeth – while at the same time, beginning of a completely independent new chapter of Ektomorf.

Be prepared for this thunderous onslaught! With Reborn, Ektomorf confidently kicks off a new chapter, taking along anyone who crosses the path of this thrash metal bullet with them!

New album out on january 22nd. 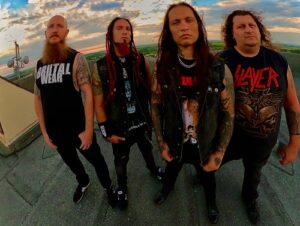