*When did you really get involved in music in general and into metal-specific? Who was responsible for your interest in (metal) music?

Growing up, until my early pre-teens I never really cared for music but it was always there as a soundtrack. My family would play old polka music or Eastern European melodies popularized in lame 90’s synth bands so that certainly stuck from my upbringing, as well as video game and movie soundtracks of course, such as Beetlejuice, Legend of Zelda, Donkey Kong Country. Around ’97 or so nu-metal was in full force and mainstream music television would often (usually in the night) play videos of the more darker bands I.E Cradle Of Filth, Rammstein, Marilyn Manson, Coal Chamber, Korn etc. Of course, being 10 years old at the time, I thought this was the most dangerous, coolest thing out there. These bands/musicians sounded and looked nothing like anything I had seen or heard before. I was instantly hooked by that heavy guitar sound and knew I wanted to create something myself. Some friends and I would design logos and discuss concepts about forming a band but of course nothing came out of it. I started taking serious guitar lessons for a few years and it wasn’t until highschool where I met some capable, willing and interested folks to jam with. 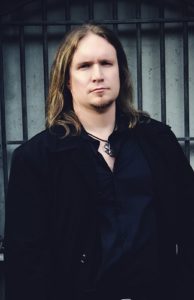 There were some gateway mainstream bands that certainly peaked my interest and as a result I stumbled upon an entire world of deeper, darker, heavier bands. Of course Rammstein, Emperor, Type O Negative, Nokturnal Mortum and Slayer all played a huge role in influencing my tastes.

Mainly guitar which I studied for about 2-3 years with the Royal Ontario Conservatory of Music, private lessons. My parents were supportive but it was my interest above all. Those lessons were valuable but often were redundant. A lot of it depends on the teacher and teaching style too. For nearly a year I had an amazing flamenco style Russian teacher named Vlad who was a big Deep Purple (Blackmore/Morse) fan and those were probably the best lessons, where we would take some of the theory and apply it towards collaborative jam sessions. Playing scales, arpeggios etc only gets you so far….I think once you have some understanding of theory and technique, that’s when you have to break it down and try to do your own thing.

Besides metal of course, and its several subgenres, I’m quite open-minded I think as a listener. Why limit oneself? I think any genre after hours of indulgence can get boring so I’ve never limited myself. Inspiration can come from a variety of bizarre, far-reaching places so some other genres I fancy include Classical, new-age, ambient, dungeon synth, industrial, Kraut rock/early electronic and folk music.

*Is music a full-time job for you now or do you have a job besides music? If so, what kind of job are you doing? If you would be really successful with music, would you quit your other job?

I’m not sure if I’d quit my full-time job because it is a steady, fulfilling career and safety net, the field of music education. Especially with the state of the music “industry” these days; it’s too unpredictable, and I value my art too much to just bounce around as a session musician like a cheap whore, pretending I’m interested in some base music. On that note, the metal genre overall, is a niche market, and as much as I love and immerse myself in it, it’s not widespread or popular enough to make a comfortable living. The days of the big pioneer bands are gone (Sabbath, Metallica etc), and people keep saying “Well, someone has to carry on the metal flame!”, absolutely agreed, but when you look at teenagers these days, that interest or willingness isn’t there and sadly, those stadium glory days of new metal bands are gone, at least for now. And to be honest, that’s fine, metal started as a dangerous, provocative outlet in basement clubs and that’s where it shall forever fester and reign, though perhaps periodically emerging on a bigger scale/peak to piss people off=) 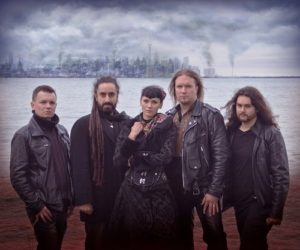 *If you could start a band with other musicians on other instruments, which artist would you pick for which instrument and why? (Something Like an “All-Stars Band”.) Would you still go for a folk metal band? Or would you do something completely different?

With those still with us, I’d have Flo Mournier on drums, Joey DeMaio on bass, Kai Hansen on guitar and Ihsahn on guitar/vocals.

Dead Can Dance – ‘Within The Realm Of A Dying Sun’

Gamma Ray – ‘Land Of The Free’

Overall, would be a nice mix of contemplative, psychedelic and rockin’ party vibes!

*Every new album (or ep) of a band or an artist is the best one, that;s what they always say. So here is a chance to promote the album. Why should a music lover buy your album? What are the standout tracks for you on this new album and why?

Of course we have to say it’s the best one! It only took close to three years to make and complete! But seriously, it’s like a fine wine, mature and bursting with pleasantries and flavor. Everyone’s talent and maturity is displayed and heard and it’s an album that starts on 10 and ends on 10 with a bang! It’s the most consistent to date as well as atmospheric. We stay true to what makes metal great in the first place, and musically, it’s a rush meant to be enjoyed either as a whole journey or at any entry point. You can listen to the whole thing or turn on any song and still get smacked with energy! With SO much music available for free, we hope some people can appreciate artistic vision and integrity and support this method in any way they can; we do this for pure, honest reasons and I hope that cuts across. Stand out tracks… ‘Feed Your Demons’ was the first single and it’s a nice blackened song kind of Bathory-esque with some folk melodies and blast beats. ‘Troubled Lad’ is a punk-thrash banger with a Finnish melody and awesome violins! And of course, ‘1516 (Keeper Of The Hops)’ is a power-metal tribute honoring German bands, German beer, and Kai Hansen himself! There are various degrees of heaviness throughout the album but it’s a banger and speed freak overall! 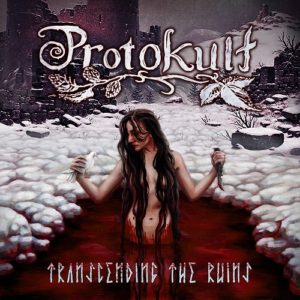 *I suppose you will promote this album through live concerts (when of course everything is getting back to “normal” after the COVID 19 disaster). If so, would you prefer small clubs or big festivals? And is there a chance we can see Protokult in Belgium?

Small clubs have this intense intimacy and energy that is just so special. You really can connect with fans and the audience. Festivals are fun and a different beast, great exposure and for the reputation, I honestly just love being on stage as long as the event organization itself is proper! Of course, we’d love to play Belgium! Whether it’s a fest or club I don’t care haha It would be part of a European tour for sure, even some European festivals (Castle Party, Kilkim Zaibu, Hellfest, Wacken, etc…) to honor, expand and visit our European fanbase. Love Belgium! Ancient Rites, Front 242, had some trades a few years ago with Shiver Records (Dagorlad, Panchrysia, great bands) and of course, love the Belgian beers, ales, and cuisine! Hails!