Obsidian Kingdom are now unveiling the album title and release date for their third full length – an elegant collection of twisted songs, filled with danceable fury, apocalyptic revelations and monstrous engines. The experimental Barcelonian outfit will release their guttiest work to date, ‘MEAT MACHINE’ on September 25, 2020! Pre-orders will start soon.

The band comment: “Behold the terrible and wondrous MEAT MACHINE! This condensation of four years of blood, sweat and steaks will soon be pummelling your ears. It is our most savage work to date: beautiful and cruel, abject and stentorian like a love letter from a school shooter. The glorious album artwork, designed by geniuses Elena Gallén and Ritxi Ostáriz, speaks volumes of the music that you’re going to find in it: raw, elegant and in your face! Forget everything you’ve heard from us before – this album is going to knock off your socks. Crushing industrial rhythms, biting guitar arrangements and funky beats will mercilessly drop you into a nightmarish world of forbidden desires, frustrated sexual urges and the dark realms of the subconscious mind. You’re in for a ride!” 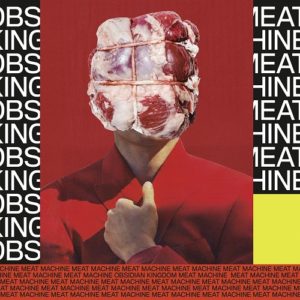 Obsidian Kingdom is devoted to exploring the boundaries of Rock music. The Barcelonan band defies classification to this very day, drawing equally on progressive rock, post-metal, alternative and electronic music. However hard to pigeonhole, it remains consistent with delivering exciting content that never fails to surprise its audience.

Forever on a restless journey to find its true identity, the quintet has been dubbed “the masters of every genre” by the media. Featuring a heavy and intense sound with plenty of contrast, its main features are the ability to portray a wide range of emotions through the use of multiple sonic resources, a deep interest in aesthetics and the sombre quality of the lyrical topics.

‘MEAT MACHINE’ is a frantic attempt at self-discovery, through a head-first plunge into the anxiety derived from sexual frustration, the absurd of reality and the inherent cruelty of a mechanized world. It is a demanding album that reads as an emotional roller-coaster, featuring an abrasive and overwhelming sound that draws equally from noise and art rock, post metal and late 90s alternative music. 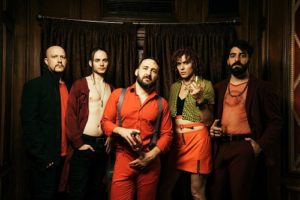 Recording Studio & Sound Engineers: Recorded and mixed at Ax Studios and Cal Pau Recordings in Barcelona during the summer of 2019

Mastering: by Magnus Lindberg at Redmont Studios in Stockholm (SE)