German blackened death metal one-man project Bloodred has signed with Massacre Records, and will release its album “The Raven’s Shadow” on September 25, 2020 via Massacre Records. 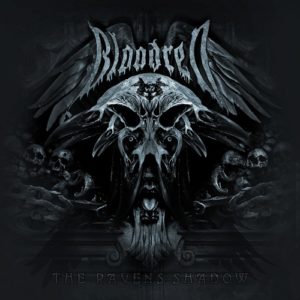 Bloodred was founded in 2009 by mastermind Ron Merz, who is responsible for the songwriting and also acts as the vocalist, guitarist as well as bassist since the band’s formation. He’s supported by session/studio musician Joris Nijenhuis on drums.

For the second Bloodred album “The Raven’s Shadow”, Ron Merz once again teamed up with renowned producer Alexander Krull, who made sure that the songs sound as heavy as possible. Photographic artist Stefan Heilemann once more captured the very essence of the music and lyrics and created a timeless and impressive artwork.

The upcoming album will soon be available for pre-order, and is going to be available as CD Digipak as well as in digital formats.