For me it started in my early teens, composing music on trackers on Amiga/PC. After discovering the more extreme expressions metal music had to offer, I started recording/playing on my own. I’m not sure who was responsible for my interest in music in general, but a few friends in high school introduced me to metal. So I blame them for all of this!

When it comes to our material, it’s not possible to go around Dødheimsgard and Alcest. Both vastly different, but with a vibe that really resonates in me. Lately I’ve discovered the Norwegian band Astrosaur. Incredibly skilled musicians playing some sort of prog/post-rock.

I primarily play the guitars. I started in my teens, and I’m self taught. With all the problems that brings. I’m not raised in a particularly musical family, so music was never a big part of the daily life. So no expectations there. More of an odd-ball choice, really. I occasionally watch some videos online in regards to playing technique, but not as much as I should in order to up my playing game.

I like to think of myself as a person with a broader musical taste than what people expect. More often than not I’m drawn to the rawer/melancholic side of music, genres put aside. I think the heaviest show I’ve ever been to was Woven Hand with only drums, bass and banjola. So emotion is key here, not just cranking your amp to 11…

I work in IT, so bands and music is a thing I do on the side. I do some mixing work for clients on my spare time in my studio, Motstrøm Studio (www.motstromstudio.no). If it came to be economically feasable to make fulltime income from music, I think I would give it a go. At least for having tried.

Now that’s a hard one… I guess I’m drawn to mixing genres and expressions, so I think I would go with Neige (Alcest) and Samantha Escarbe (Virgin Black) on guitars, Justin Chancellor (Tool) on bass and Gavin Harrison (Porcupine Tree) on drums. On vocals, perhaps Sophia Urista or Agnete Kjølsrud (Animal Alpha/Djerv). That would be interesting for sure!

Tool: ’10 000 Days’. I love this record so much. The groove, intricacy and vocal arrangements are to die for.

Rush: ‘2112’. It’s hard to pick just one Rush album, but I guess this is the one. Epic, playful and a craftmanship out of this world.

Woven Hand: ‘Woven Hand’. The melancholy, energy and organic sound from this record still blows me away.

Well, it is our best one! ? If I have to pick one track from ‘Axis Mundi’, it would be ‘Ouroboros’. I love the carnival mood combined with dreamy post-rock and blazing black metal riffing. 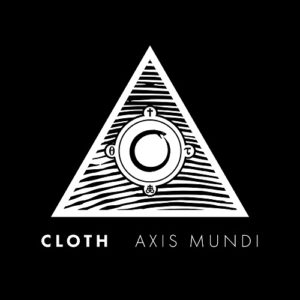 *We hope you will promote this album through live concerts (when of course everyting is getting back to “normal” after the Covid 19 disaster). If so, would you prefer small clubs or big festivals? And is there a chance we can see Cloth in Belgium?

Personally I would prefer small clubs mainly because of the intimacy with the crowd. I think our music is best suited in that scenario. I would love to play in Belgium again. I visited your country briefly a couple of years ago with another band (DALIT), and would love to be back!