That was already early 80’s to mid 80’s. It was often the music style which was listened among friends. From there it evolved to more extreme by the time.

At first when started to play in my first band which was death metal, influencing bands were like Napalm Death, Carcass, Bolt Thrower, Morbid Angel and early Paradise lost.

Guitar. Learned by playing. Only a few lessons for acoustic guitar like 30 years ago and certainly nothing coming from my parents. I would like to learn this and that, but there’s just no time for that. All the time goes to make new music and rehearsing for gigs etc. Well, maybe now there would be time to concentrate on some other things as well because no gigs for some time now. 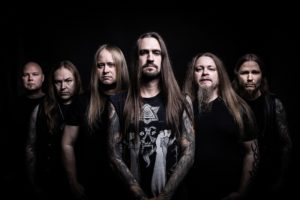 I listen to other stuff nowadays. Like 70’s rock Uriah Heep, Deep Purple and Pink Floyd. Even more popular music like David Bowie.

Day job for sure, no way of making a living from music today. It would of course need the 100% availability of other members too so that we could go on touring and fully concentrate on this, but that is not realistic. If we would get the success to do this 100 % maybe then I would take some time off from my day job.

*If you could start a band with other musicians on other instruments, which artist would you pick for wich instrument and why? (Something Like an “All Stars Band”.) Would you still go for a symphonic black metal band? Or would you do something completely different?

Quite happy with the line-up we are having now, haha. Of course it would be nice to play with some other great players. Then it would be their originals that would be played.

One could say that we are not bringing anything new to the plate, but we certainly bring that 90’s symphonic black metal feeling with some modern twist. 90’s symphonic is relevant again! 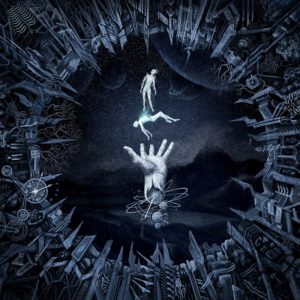 *I suppose you will promote this album through live concerts (when of course everyting is getting back to “normal” after the Covid 19 disaster). If so, would you prefer small clubs or big festivals? And is there a chance we can see … AND OCEANS in Belgium?

We certainly will do gigs after this corona is over. We had quite a few club gigs and festival already booked. Not really prefer any particular, but of course touring clubs would be great after so many years since the last tour with this band. Belgium would be nice of course. We have been there before in ’99 or was it ’01.