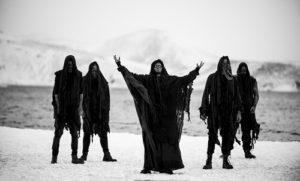 *When did you really get involved in music in general and into metal specifically? Who was responsible for your interest in (metal) music?

We all come from different directions in life but most of us got introduced to it through older siblings or someone in the family at a very early age and none of us have looked back since.

Bathory, Darkthrone, Taake, Primordial, Opeth, Morbid Angel, Pestilence. These are a few who we have followed for many many years.

I am the lead guitarist (Eysteinn) and I started out at 16 but I actually quit a year after but returned to it around 18 years old and haven’t stopped since. I had no lessons but I was lucky to have two older brothers who could lead me in the right direction but other than that I am self taught from the start.

Mainly we all listen to metal most of the time but all of us are somewhat into classic rock such as Black Sabbath and even some electronic bands like Boards of Canada. 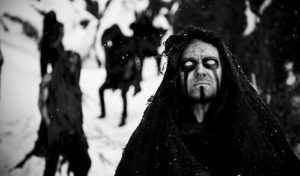 We are all in full time jobs while doing the music and we don’t see that changing anytime soon but if the opportunity comes I think none of us would hesitate to do the music full time.

*If you could start a band with other musicians on other instruments, which artist would you pick for which instrument and why? (Something Like an “All Stars Band”.) Would you still go for a black metal band? Or would you do something completely different?

I would without a doubt do a death metal band and on vocals I would pick Dallas Toler-Wade previously from Nile – one of the, if not the best death metal singers out there, lead guitars Trey Azgathoth from Morbid Angel – nobody can write music like this guy, on drums Krimh from SepticFlesh who has a insane technique and stage presence not many drummers bring to the table and finally on bass I would get Sean Beasley from Dying Fetus. 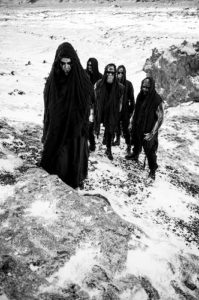 Death – ‘Human’, Bölzer – ‘Hero’, Opeth – ‘My Arms Your Hearse’, Alice In Chains – ‘Dirt’, YOB – ‘Clearing the Path to Ascend’. I would choose these because they are all very different and I think I would not go insane listening to these five repeatedly since these don’t ever leave my rotation.

*Every new album of a band or an artist is the best one (we do know it’s the first one), that’s what they always say. So here is a chance to promote the album. Why should a music lover buy your album? What are the standout tracks for you on this new album and why?

While writing this album we had a very specific vision to convey the harsh and barren landscape of our country, which was our main inspiration when we wrote the album. There is something about the desolate wastes of the highland that gives you a sense of hopelessness but also this immense calm, a perfect symbiotic relationship that made us find a very accurate atmosphere and sound. Our hope is to be able to bring the listener to these surroundings while listening. Standout tracks are definitely our first single ‘Orsök’ due to it being very accessible and an atmospheric track. ‘Turnar í Fjarska’ which is the last song on the album has a very epic closing part which is in my opinion very strong and expressive and really captures our writing. 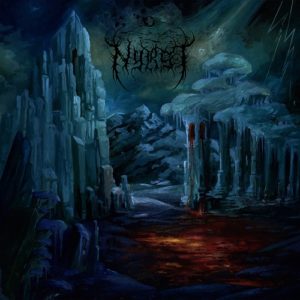 *I suppose you will promote this album through live concerts (when of course everything is getting back to “normal” after the Covid 19 disaster). If so, would you prefer small clubs or big festivals? And is there a chance we can see NYRST in Belgium?

We aim to come back strong in 2021 and do some festivals and as for preference we see ourselves doing both big festivals and smaller clubs. Our plan is to hit Europe as soon as we can and I would not be surprised if Belgium would be one of our destinations.

Thanks for talking with us, stay safe out there.