I founded the Band Cacumen at the age of twelve. I was inspired by the Woodstock Festival at that time guys like Jimi Hendrix and Alvin Lee from Ten years after. It was a callenge to play his solo in ‘I´m Going Home’ and I rehearsed month on it … but finally I got it. I got involved into metal when we supported Judas Priest in Europe at their “Ram It Down Tour”. And from there on I was a big fan. 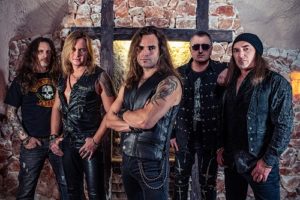 As I said Hendrix, Clapton and Michael Schenker in the early days. As Bands I like Lynyrd Skynyrd and The Scorpions.

I play the lead guitar and I learned guitar at eleven. First I had lessons but my teacher said after one year he cannot teach me nothing anymore so I played to my favourite records. Now I just practice on my own from time to time.

No I don´t listen to other music anymore. I think it hurts my creativity.

Music is my full time job since thirty five years.

*If you could start a band with other musicians on other instruments, which artist would you pick for wich instrument and why? (Something Like an “All Stars Band”.) Would you still go for a (melodic) heavy metal band? Or would you do something completely different?

No for me only Bonfire exists. I will do it til I die. 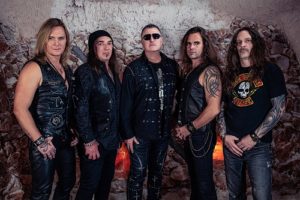 The Rolling Stones – ‘Get Yer Yah Yahs Out’

Bonfire – ‘Fistful Of Fire’, because I think it´s the best Bonfire Album ever.

I don´t have to promote it cause it´s amazing. And I´m very proud on it. The heaviest Bonfire album ever. I don´t wanna explain my music. People should listen to it and decide on there own if they like it or not. 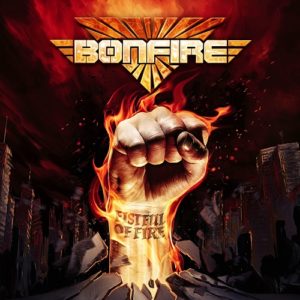 *I suppose you will promote this album through live concerts. If so, would you prefer small clubs or big festivals? And is there a chance we can see THE SPIRIT in Belgium?

We had to postpone the tour from April to September 2020. I prefer both Festivals and clubs. Nevertheless it´s still not clear if we play the Festival in Summer cause of corona virus. Of course we would play the Spirit im Belgium when they ask us. 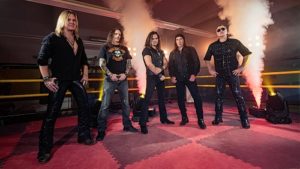