*When did you really get involved into music in general and specifically into metal? Who was responsible for your interest in (metal) music?

-Phil: I started to be involved like most people when I was a teenager and started a band with neighborhood friends in one of the mom’s basement. The first attempt was already metal. Well, at least we tried to … I got to know this kind of music a few years back with Metallica’s ‘Black Album’ and fell in love with long haired guys, but nothing sexual. Except for once, in the chalet …

-Jérôme: Luckily, I’m a bit younger than those three bastards I’m playing with. I was twelve years old when I stole a first record from my dad’s library. I always felt attraction for noisy guitars, I can’t explain why. I can remember I was a bit disappointed with this record ridiculously named Metallica ‘Reload’. Fortunately, there was other stuff like Sepultura ‘Chaos AD’ that brought me enough noise to start an addiction. But every year I discover bands that change a bit my vision of music. It happened with bands like Deathspell Omega, Ved Buens Ende, Voivod, King Diamond, Immolation, …

*Which artists or bands influenced you the most?

-Phil: The band first began with tech-death wave as the main influence. We have been keeping that frame since the beginning, but obviously we have grown old, lost some of our beautiful curled hair and we have a lot of other influences today. And some of them are far away from metal. I personally can’t recall a specific band which wins the first price as THE main influence. There are a lot of them along the way which left their marks into our hearts. We have eclectic tastes.

-Phil: I play the drums and never took any lessons. I had the chance to have piano lessons and music theory when I was a child, and somehow it helped – even if today I know nothing anymore about theory – to “understand” some more complex stuff, since it’s somewhere in my brain. I don’t think my parents expected me to play the drums in a death metal band. They didn’t curb neither. I remember the face of my mother the first time she listened to PESTIFER, it was a funny mix of misunderstanding, fear, love for her child, confusion. She never asked to listen again.

-Jérôme: I do vocals. I also took piano lessons when I was six. I started guitar lessons when I was a teenager. I played the guitar in one band and bass in two bands. So, nothing about growling. I only started vocals because of tendonitis. That was my best option to keep myself involved in a band. But it can be boring sometimes, you know. That’s why I started drinking.

-Phil: I listen to rock in general, some classical music when my brother tells me what to listen to, 80’s pop, whatever. I don’t have any preference today. But I love to play metal.

*Is music a full-time job for you now or do you have a job beside music? If so, what kind of job? If you would be really successful with music, would you quit your job?

-Phil: Of course, we have jobs. We have never won any money with the band, and it probably won’t happen at all. Last time Jeroen asked to be paid after a show (5€ I think), the promoter slapped him in the face and forced us to clean the floor with our underwear after everyone left, and if I remember correctly, we had to pay him and apologize. Is anybody interested in my official job? I think that if we want to make our music a living, we play the wrong style. The good thing about being small is that you don’t have any pressure to create your music, you don’t have to rush things to get food in your belly.

-Jérôme: My boss may read this interview. I love my job so much: travelling by train four hours per day and yelling at everyone is basically the same as touring and playing shows, isn’t it? Why change? I insist, I love my job.

*If you could start a band with other musicians on other instruments, which artists would you pick for which instruments and why? (Something Like an “All Stars Band”.) Would you still go for a technical death metal band? Or would you do something completely different?

-Phil: I’ve never asked myself this question. But I don’t think “all stars bands” are good. It’s like in football, what you need is a team, not a bunch of big names. But I’d probably go for the same music, since I can’t play anything else.

-Jérôme: I wouldn’t change anything. This crew is perfect. So, I’d just pick the three same guys but in a more good-looking version if possible … 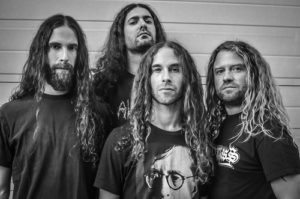 *If you had been banned to an uninhabited island and you were allowed to pick five albums to listen to, which albums would you choose and why?

-Phil: Nocturnus – ‘The Key’, Edge Of Sanity – ‘Crimson’, Pestilence – ‘Consuming Impulse’, Metallica – ‘Master Of Puppets’, Faith No More – ‘Angel Dust’. I love hundreds of others, but these are the ones I never get bored with.

Death – ‘Human’ (I like early Death and latest Death album, ‘Human’ is the perfect compromise)

Enslaved – ‘Below The Lights’ (I love prog, but I need more than just one black metal record)

-Phil: Well … Indeed, I think this one is the best, but I still find the first two really great. A music lover should buy this album (if he’s interested in this style of course) because it’s an album made by music lovers as well. We love the music we make, there is no “just for the sake of it” type of stuff. We try to have various riffs, in various colors, in various speeds and moods, not to be the more brutal / complex / fastest band. What makes this record better than the two others is that we built it as a whole, it’s more cohesive. And we never were afraid to take time to make what we think are cool songs. I don’t think there is a standout track, we wanted every song to be great. Plus, the artwork is terrific. 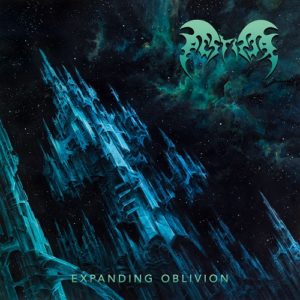 *I suppose you will promote this album through live concerts. If so, would you prefer small clubs or big festivals? What clubs / festivals are your favorite ones and why? What can we expect of a live concert of Pestifer? Are there already booked shows?

-Phil: We love live performances, so yes, we will promote the album everywhere it’s possible. But first, promoters must contact us or answer their mails. I have never played at big festivals, so for now I prefer small clubs. I mean, if I tell you I prefer big festivals what kind of man am I? The first shows we were supposed to play are canceled because of the Coronavirus, and it’s not a joke … Every show is canceled in Belgium. If you see PESTIFER live, you can expect four guys playing their instruments on stage, making a music that sounds like on the album. You can expect the same guys to be drunk at the bar after the show, and a little bit later, looking at the size of each other’s genitals in the street, saying: “Frankly, I love you man”.