Aether Realm takes the next step! After signing with Napalm Records in 2018, the four-piece from North Carolina is ready to unleash their newest multi-faceted full-length, Redneck Vikings From Hell, to be released on May 1, 2020! The new album will take you on a stupefying rollercoaster ride of death metal, thrash and even neo-classical shred. With their new album, the band improves upon their already distinctive sound that’s been astonishing fans since day one!

Some days ago, Aether Realm has revealed a brand new music video for their new jaw-dropping single, “Goodbye” – a song that will be stuck in your head all day! Escalating aesthetically into an unmistakably catchy, electronic-influenced chorus, the futuristic video harmonizes breathtaking neon visuals of the clip and the heaviness of the song in an even more spectacular way.

Frontman Vincent “Jake” Jones says about the track: “It’s hard to leave people we care about. But something hasn’t felt right for a while. We dance around it and put it off as long as we can; ‘But maybe this time we can change, but maybe this time we’ll make it work’ – sometimes you just know it’s time to say “Goodbye”.”

Redneck Vikings From Hell not only cements Aether Realm as a band to watch, but will also have listeners questioning just what exactly they can’t do. Each track on Redneck Vikings From Hell is entirely distinct, setting the stage by playing upon the band’s southern roots with the banjo-laden epic folk metal-inspired title track “Redneck Vikings From Hell”. Meanwhile, the first single “Goodbye” and center-cuts like the thrashy, unwavering “Lean Into The Wind”, the powerful anthem “Hunger” and symphonic brutality banger “Slave To The Riff” provide a weightier sample of the unconventional stylings of Aether Realm 3.0. Otherworldly closing track “Craft And The Creator” drives it all home, showcasing each individual band member’s infallible technical skills and featuring hair-raising leads that would make any guitar god blush. The album is strung together by colossal orchestral elements that lift the band to new heights.

Vincent “Jake” Jones comments: “We really didn’t want to make Tarot two with this album, not because we don’t like it or anything but because we’ve already done that. So, when I found myself with this chorus for the title track, I just couldn’t get it out of my head. We intentionally kept the songs short and dense, and allowed ourselves enough variety between topics to explore that space between how we present ourselves and who we actually are. We’re four North Carolina boys – we like epic, bombastic metal, and the only thing to stop us from combining these elements of ourselves musically is our own attachment to the conventions of the genre.” 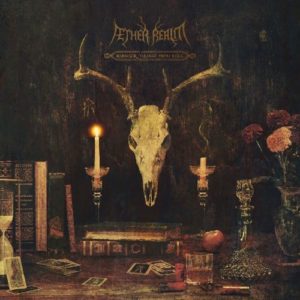 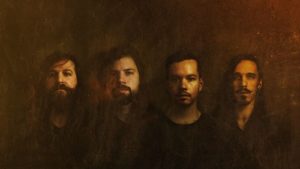