I started by playing drums in elementary school and switched to guitar in my teens. From the youngest age I always wanted to create my own music. It was my father that introduced me to metal, playing Black Sabbath’s ‘Masters Of Reality’ so loud you could hear it a mile away!

Jimi Hendrix and David Gilmour are big, but I also love the light and dark aspects of Led Zeppelin. The Cult, Mastodon. Queens of the Stone Age and Them Crooked Vultures are also huge influences.

I started playing guitar at age 14. I was mostly self-taught but did take private lessons a couple years later – my first lesson was working on sweep arpeggios. My parents encouraged me and I bought my first electric guitar by working a summer job. While in college I did a lot of experimental and avante garde music as well as classical composition. So I’ve done lots of different things, but it always comes back to my love of playing the guitar.

*Do you follow others or are you interested in other styles of music beside metal? If so, what is the music you prefer to listen to?

Jeremy: I listen to only a few metal bands – Mastodon being the main one. Otherwise I listen to lots of different styles of music – Sonic Youth, the Beatles, the Doors, Aphex Twin and more.

I’m a librarian and professor at a small college – not very metal but it’s my passion. Shadow Witch would have to get a whole lot more popular – like actually making money – before I could even think of quitting. But even then, it would be hard to give up my day job.

*If you could start a band with other musicians on other instruments, which artist would you pick for which instrument and why? (Something Like an “All Stars Band”.) Would you still go for a stoner rock / stoner metal band? Or would you do something completely different?

Stoner rock would probably still be an influence but I’d be open to experimenting with other styles. One musician I can say for sure would be David Grohl on drums. I’d love a chance to jam with him. 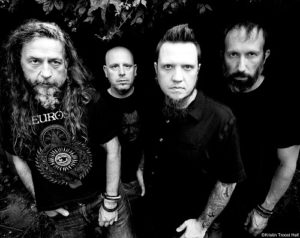 Mastodon – ‘Blood Mountain’, Alice In Chains – ‘Dirt’, The Cult – ‘Sonic Temple’, Beatles – ‘Revolver’ and Pink Floyd – ‘Meddle’ (just for the song ‘Echoes’). Why? Because these are all killer albums, but it’s hard to narrow it down to just five.

One standout track for me is ‘Saint Magdalene’ because we allowed a little more vulnerability to be part of our sound. Earl was there when I was recording the acoustic parts and we got into some deep emotional shit, which is very much what this album is about. 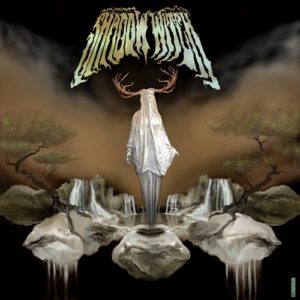 *I suppose you will promote this album through live concerts. If so, would you prefer small clubs or big festivals? And is there a chance we can see SHADOW WITCH in Belgium?

It’s great to be in front of a big crowd, but I love small clubs as you get to connect with the audience and other band members more. There’s something inspiring about being up close and personal with the audience. We also love to talk with the fans after shows. We’re part of a really great scene for heavy underground music.