I got involved with music when I was 11. I was born in1950 before Metal even existed or was even thought of. My influences were early rock and roll. Hank B. Marvin of the Shadows and Chuck Berry. Our band helped create Metal. Many metal bands are influenced by us. They look to us for imagination and style: Metallica / Iron Maiden could be two such bands. 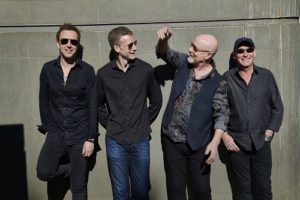 *Which artists or bands did influence you the most? *Which instrument do you play and how and when did you learn to play?

Instrumental bands like the Shadows and Ventures at first and later Soul Music and Tamla Motown. The Who and Cream were later influences. I’m a guitarist. One of the creators of the twin lead harmony guitar sound of Wishbone Ash.

*Did you had lessons in school or private lessons? If so, was that because your parents expected that from you? Or did you learn to play the instruments by yourself? Do you still follow some lessons?

No lessons – nothing. I learned by ear.

Yes, all kinds. Folk, jazz, classical, opera. For easy listening while out walking or something I prefer well- produced music like Americana.

*If so, what is the music you prefer to listen to?

*Is music a full time job for you now or do you have a job besides music? If so, what kind of job are you doing? If you would be really successful with music, would you quit your other job?

Ha ha… that’s very funny. Excuse me. Full-time for 50 years!!!!! A life time in the music business making music and business. I can even afford to buy my own food and pay for shelter. It’s pretty cool what music can provide. 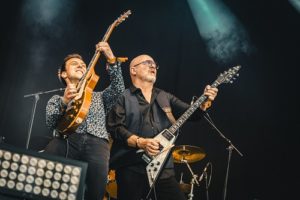 *If you could start a band with other musicians on other instruments, which artist would you pick for which instrument and why? (Something Like an “All Stars Band”.) Would you still go for a Classic Rock band? Or would you do something completely different?

*The band WISHBONE ASH already has a very long history. What were the greatest moments with the band? Do you have good memories of everyone who was at one time or another involved in the band?

Sure: the first time we played the Marquee club in London / opening for the Who on the American Tour with Tommy/ the first time going to Japan and much more.

*What was, in your opinion the best line-up of WISHBONE ASH?

I love the current line-up of course. It’s perfect. The early 70s line-up is however the one most people love. I have great memories of those times. We were like explorers, laying down the roots of rock, harmony twin guitar playing, Flying V guitars even influencing metal bands that came much later.

*Every new album by a band or an artist is the best one, that’s what they always say. So here is a chance to promote the album. Why should a music lover buy your album? What are the standout tracks for you on this new album and why?

Because it rocks and it’s great. It has a lot to keep you interested: great guitar parts and solos, great melodies, great topical lyrics, takes you on a musical journey, cool shit! 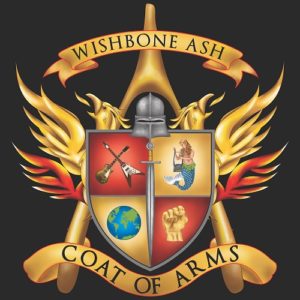 *I suppose you will promote this album through live concerts. If so, would you prefer small clubs or big festivals?

I like all types of gigs and have played all kinds of gigs from Madison Square Garden to the Reading Festival to Pink POP to tiny clubs. It’s all good to me.

*And is there a chance we can see WISHBONE ASH in Belgium?

In a tiny club called the Spirit of 66 in Verviers. Go to our website wishboneash.com/tours for the date please.