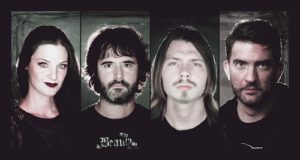 Music is a very important part of my life since I can remember. I come from a family of musicians and I’ve been singing my whole life. When I was a child I started singing in the choir my mother conducted. Then I started to study music in the conservatory when I was 8 years old. Regarding metal, I have an older sister who was a metalhead when she was a teenager and I was still a child, so my interest in metal comes from my childhood too. First time I joined a band, I was 18. A friend of mine convinced me to apply as a singer in a rock band. Until then, I just sang in choirs and studied music, but I had never thought about joining a band. My “metal” career started a bit later by chance, when a metal band (Dragon Lord) called me to record some choirs. They liked the result and asked me to join the band as main singer. This was my first contact with a metal band as a singer.

I couldn’t tell because my influences are really wide. I have been listening to many different styles of music and singers since I was a child, so my influences come from a weird mix of genres from classical, heavy, folk…

My main instrument is the voice. I started in the conservatory but later I took private lessons from some teachers I wanted specifically too. Also, I studied a master in professional voice rehabilitation and perfection. When I was a child, I started in the conservatory because my parents wanted that I studied. I loved music, but I really didn’t like to study… Now I’m thankful they somehow “obliged” me to do so. I learnt music theory and traverse flute in the conservatory and a bit of guitar at school. On my own, I try to play some Celtic harp. At the moment, I’m a voice teacher, but I also try to follow lessons once in a while, as I think the learning process is never-ending.

*Do you follow other or are you intrested in other styles of music beside metal? If so, what is the kind of music you prefer to listen to?

Of course! My main genre apart from metal is classical music. I sing in a professional chamber choir and also as a soloist. I have also been part of different Early Music ensembles, which is my favourite period in historical music. My other favourite style is folk. I have a solo project where I try to mix these two influences, resulting into a kind of New Age/Neo-classical/Neo-folk mix. As a listener I listen to a little bit of everything depending on my mood.

It is a full-time job since around three years now, but not the band, but my job as a singing teacher and as a session singer and producer. I love it! Before, I have done many things: I worked as an archaeologist (I studied History at university too), as a shop assistant, tourist guide, cleaner, teacher… 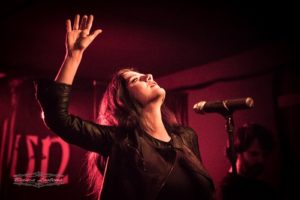 *If you could start a complete new band with other musicians on other instruments, which artist would you pick for wich instrument and why? Would you still go for a symphonic power metal band?

No idea, but I suppose I would go for a different genre, because I just have my own Symphonic metal band already, where I do all the music. If we could choose our musicians I’d go for, of course someone who masters his instrument, but above all someone who matches in personality, loyalty and commitment.

I’m a very indecisive person, so I’d better go for taking the guitar or keyboard and sing the music I’d feel like listening to. Fortunately, nowadays we can just take the iPod with an aleatory playlist… Anyway, I’d surely choose a classical one, an Early music one, a more folky one, an extreme metal one and a jazzier one. One for each mood, no concrete bands.

*Every new album of a band or an artist is the best one. So here is a chance to promote you album. Why should a music lover buy your album? What are the standout tracks for you on this new album and why?

Hahah, honestly, we haven’t said that many times, because sometimes it’s very difficult to be objective when you have been working on an album alone for many months. Until you don’t get the feedback of somebody else, you always wonder if it is good enough. Each time you write an album should be your best one because you try to do the best things you know doing until that moment. Then, you learn more and more and each album is the result of that learning process. This time I’d probably say it’s our best album because I really feel the album is strong, I’m sure about what we have done, before getting no one’s feedback and I haven’t had this feeling before. It is a very energic album, our heaviest one and the one with more different elements. I don’t know what would our fans think about all these new elements, but if they don’t like a song, they will for sure have more possibilities to like the other, there is a little bit of everything! It is difficult to choose some tracks as each one is special for some reason, I’d probably say “The Misfit’s Swing”, “Weeping Lady’s Waltz” and “In the Vortex” for being the weirdest somehow, but there is a little bit of everything… The most catchy one with electronic elements would be “One Step Higher” the more “symphonic metal ones” would probably be “In quest of Sense” or “Blind Muse”, the ballad “Blurred dreams” is very special too… Then there are a song in Basque “Otoi” and another one in Spanish “Nuevo Rumbo”… so as you can see there is a bit for all tastes. 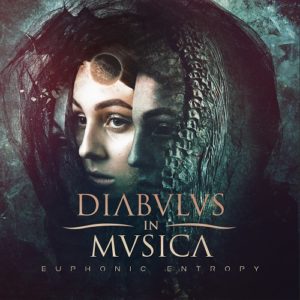 *Is there a chance that you will promote these songs through live concerts? If so, would you prefer small clubs or big festivals? And is there a chance we can see DIABULUS IN MUSICA in Belgium?

We are really looking forward to hit the stage again and see how the new songs work live! I like both. Festivals are comfortable because you just go and play, no need to build anything and the audience is usually big, but small clubs give you the chance to meet the fans and have a chat with them after the show. The atmosphere is much more familiar and the contact with the audience is closer, we really like that. We are working on building a European tour, so we will hopefully visit Belgium again. We really hope so! Belgium is one of the countries we have played the most and one of the first we played out from Spain. Hope to see you guys soon!