Season of Mist are pleased to announce the signing Swedish folk rock pioneers Garmarna. The band will release their brand new album via Season of Mist in 2020.

Regarding the signing, the band comments: “We are excited to join the expansive world of Season of Mist! For us this is a new chapter and we appreciate the label is taking a new turn in joining us on this continuous saga. The new album is a fresh take on the classic sound of Garmarna. Mixed by Christopher Juul of HEILUNG, with guest appearances of Maria Franz (HEILUNG), Ulf Gruvberg (Folk & Rackare) and Anders Norudde (Hedningarna), we embrace our past and find a new way to play with it for the future. Backed by dedicated fans in our Kickstarter-campaign, we have a very solid new Garmarna album and we are eager to take this on together with Season of Mist!”

More than 25 years in the making, Garmarna is continuing to invent what music rooted in the Scandinavian tradition is about. After 15 years of silence the band’s sixth album – ”6” – was released early 2016, moving them further into previously unexplored territory. Not that they have backed away from excursions previously, as perhaps most obvious on ”Hildegard von Bingen” (2001), but ”6” focused more on Garmarna’s own abilities – as well as several cooperations with other Swedish major artists (Maxida Märak, Thåström, Annika Norlin).

The lineup hasn’t changed over the years, the core of the music is still the same and their persistence hasn’t only won them a Swedish Grammy, a cover on Billboard Magazine and taken them on countless tours over most parts of the world; it has proven a beloved recipe for anyone with a deep love of music, no matter what genre.

Garmarna is without borders, inclusive and generous. Feel free to join. 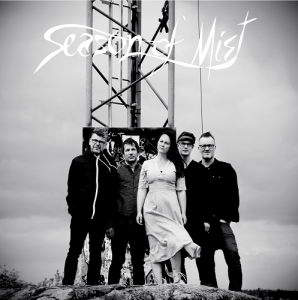