This concept album was mixed by Yarne Heylen and Bert Vervoort at Project Zero Studio, and mastered by Ferry Duijsens. Jelle Van Loo created the cover artwork, which is available below along with the album’s track list.

There are many deeper layers to the album, hints to previous songs and the band’s first EP even. This album tells a story, but not only about a hero, but also about the band itself.

Cathubodua‘s upcoming album “Continuum” will be available for pre-order soon. 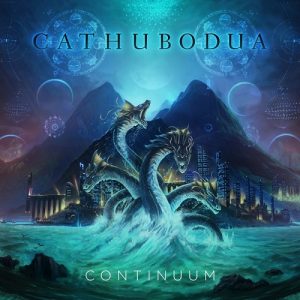