Turilli / Lione Rhapsody – featuring original Rhapsody members Luca Turilli and Fabio Lione, completed by former Rhapsody members Dominique Leurquin, Patrice Guers and Alex Holzwarth – have signed to Nuclear Blast and King Records (Japan & rest of Asia) for the release of their debut album. The band is currently mixing the album which is set to be released this summer. 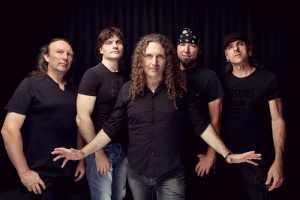 Fabio comments, “I just listened to the first mixes and I have no words to describe what we have been able to achieve. The result is from ‘another planet’ and finally we have reached what we always wanted through great ideas, songs and the hard work of everybody involved, I have been able to deliver the performance I have always dreamt about for this kind of music. The album is almost ready, and we are so proud and excited to be working together with Nuclear Blast and King Records for Asia for the release of it. An album like this deserves the best and strongest record label in metal and we expect them to give the upcoming album the attention and love it deserves. I’m sure people will love our new songs!”

Adds Nuclear Blast A&R/Head Of Promotion Markus Wosgien, “Having this band and our beloved friends Luca Turili and Fabio Lione on Nuclear Blast is a matter of the heart. Our working relationship with them already goes back a decade, when they signed their first deal with us in 2009, followed by the album »The Frozen Tears Of Angels«. My personal relationship with them goes back to 1995, when I got the demo tape »Eternal Glory« from their manager at that time, Limb. I became a fan right from day one, and during the years our paths crossed several times, which led us to becoming friends. It was a question of time about working together and I am more than happy and proud, that we renew our deal for this new chapter in their career, which a year ago wasn’t to be expected. This upcoming new album from Luca and Fabio is simply amazing, they enter a new era and reinforce once again what it means to be true visionaries. You can feel in every single note, that it is coming from the bottom of their hearts. It feels good to see them being reunited both as friends and musicians. And I am proud, that Nuclear Blast keeps on being the partner at their side, building a strong alliance. If your idols become close friends and you trust each other, you’re in the best position possible for the future.”

In support of the album, the band setup a crowdfunding campaign to finance the recordings of the album, through which they collected an overwhelming amount of €60,000 from their loyal and dedicated fanbase. 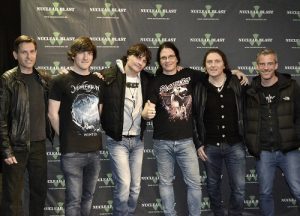