The fifth album by Norwegian rock band Pristine marks a point of evolution as well as diversification in their sound. Heidi Solheim, Tromsö native and driving force behind the band, fuses musical as well as lyrical variety on the eleven songs that are »Road Back To Ruin« – despite the newly introduced variety this record is still unmistakably Pristine. 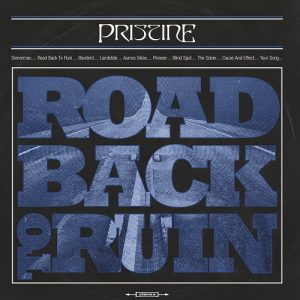 The album title, »Road Back To Ruin«, according to the singer, came out of frustration. It’s about social circumstances, in which opinions and values are shifting towards a certain direction. The separation from or the fear of “the others”, being used by influential people to gain even more power. Distrust being spread and walls being built – things that have been done over and over in history and still society seems to be walking right into the same trap once again. People lacking nobleness and empathy, but are gaining hatred – something that Heidi has feared. Hence the last line in the album’s credits is: “Take care of each other. Be generous, including and kind.”

»Road Back To Ruin« was recorded at Paradiso Studio in Oslo, together with producer Øyvind Gundersen and technician Christian Engfelt. The song ‘Sinnerman’ was written during last year’s tour – a real banger and the perfect opening track. The title track sounds massive and heavy, and the same can be said for ‘Blind Spot’ which features an intro sung in Arabian by Syrian artist Racha Rizk, followed by an almighty riff by Espen Elverum Jacobsen, the band’s secret weapon.

At the end of this broad musical spectrum there’s ‘Cause & Effect’, which features the “The Arctic Philharmonic“ string orchestra and bears a certain James Bond feeling. The not so typical but amazing ‘Your Song’, was inspired by NEIL YOUNG’s acoustic recordings.

Heidi Solheim, Espen Elverum Jacobsen (guitar), Gustav Eidsvik (bass) and Ottar Tøllefsen (drums), as the core of the band, incorporate a wide variety of styles and influences with a great mutual musical understanding. Studio guests Anders Oskal and Hansi Enzesperger add a unique flourish in the form of a Hammond Organ.

2019 will see the band bring back rock to the clubs. After »Detoxing« (2012) and »No Regret« (2013) had only been released in Norway, »Reboot« was the first album to also see a release outside the band’s home country. 2017, »Ninja« marked the debut for Nuclear Blast which is now followed by »Road Back To Ruin«. All albums are available digitally, on CD as well as on vinyl. 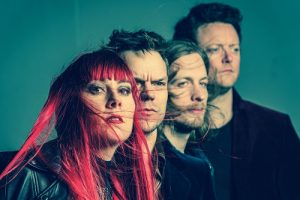