Band shares “I Am The Void” video – watch at https://www.youtube.com/watch?v=udhXWjektKc&ab_channel=MetalBladeRecords 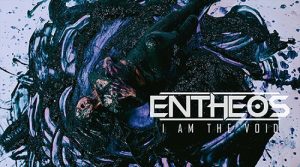 Pushing progressive death metal in ever more imaginative directions, Entheos continue to stand apart from the pack. Incorporating elements drawn from myriad genres – including death metal, groove, grunge, electronica, slam, gothic rock, jazz, prog and more – they have evolved with every release, and now they return with the follow up to 2017’s landmark Dark Future, the diverse and exhilarating Time Will Take Us All. It arrives March 3 via Metal Blade Records. Pre-order it here: metalblade.com/entheos

“We’re incredibly proud to announce our new album Time Will Take Us All,” the band states. “The album’s concept is one of growth and self-reflection that focuses on the true human commonality – that our time on Earth is fleeting and what we choose to do with that knowledge is up to each of us as individuals. This is beautifully reflected in Eliran Kantor’s surreal cover art.”

The band furthers, “We’re excited to share a new single ‘I Am the Void.’ This song begins the second half of the album and represents the weight of feeling as though you cannot escape your own fears and anxieties. The video was shot by the incredible David Brodsky, Allison Woest and their team at My Good Eye Visuals.” 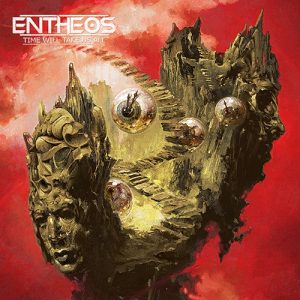 “We knew when we started writing that we really wanted to make something darker and heavier that was still uniquely Entheos, and we knew that we wanted to make a record that really came from our hearts and captured where we want to take this band,” explains vocalist Chaney Crabb.

“The new album also has a strong ‘trippy’ vibe, not in a generic sense but meaning when you are done listening to it you feel like you’ve gone on a journey,” adds multi-instrumentalist Navene Koperweis. “I’ve always loved albums that gave me that feeling. I can’t say we set out to have the experience, it just sort of happened and that’s something I’m proud of.”

Having stripped down to a two-piece in 2020, this has helped to streamline the band and allow the core members to make the music they want to with no compromise, which is clearly to their betterment. Koperweis – who takes the role of drummer in the band’s live lineup – has long written most of the guitar parts, so it was not a radically different writing process, but allowed him the freedom of complete control. “I tell people this album is more of everything that we do, except this time it’s deeper in all directions,” says Koperweis. “We’re no longer dipping our toe in the pool on certain aspects, when we decide to go somewhere, we fucking go there.” 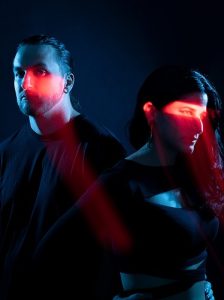 Relying less on synths and electronic production than on previous releases, a lot of the more atmospheric elements are contributed by guitar, and there is even an acoustic guitar for the first time on an Entheos record. Crabb has also pushed herself harder than ever before, interested in consistently practicing to find new pitches and timbres in her voice, and she has most certainly extended the range of her screaming. Using pitched screaming to add melodic lines in many places, this is also the first Entheos record on which she has sung.

When it came to penning the lyrics, Crabb knew that she was going to write about her own “experience as a human” and approach the album based on the lingering awareness many people have, that there is so much world out there and there are so many different experiences to have – but there is so little time. However, this idea really hit home in August 2021 when she got into an accident on her electric scooter on the day she started tracking vocals.

“I do not remember how I fell, but when I woke up I was really badly hurt. Gravel was embedded in my lower lip and had severed the inside of my chin from my face, my upper lip was completely split open to the point that my teeth were visible, my nasal septum bone was split in two and my nose was completely bent to one side – I ended up with 100 stitches in my face and was unable to do vocals for three months. I lost all abilities to move my nose and lips for those months, and to this day I still haven’t regained complete control.”

Because of this accident she found herself in a strange place mentally, juggling between feeling truly happy and grateful for every second that she was alive and got to spend with the people who she loved, but also feeling completely depressed, because of all of the uncertainty surrounding her injuries. She shares, “The album took form as a journey from the depths of depression into gratitude, but ultimately as an examination of our time and how precious it is.”

With Koperweis handling production duties and Mark Lewis (Whitechapel, The Black Dahlia Murder) mixing the record, all of the drums were tracked by Zack Ohren at Castle Ultimate, and Koperweis tracked guitars and vocals. They also recruited former member Evan Brewer to supply the bass. Though committed to their status as a two-piece, the band does have a live lineup with Brian James (ex-Fallujah) and Robert Brown (ex-Slaughter to Prevail) providing guitar, maintaining their reputation for being a killer live band. Having delivered the best record of their career they are also in a very good place mentally, but they do not get ahead of themselves. 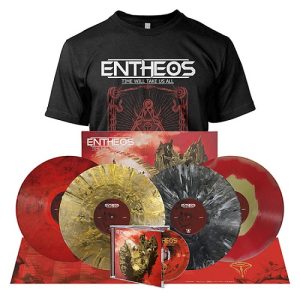