In Flames represent the best of metal — past, present, and future.

As New Wave of Swedish Death Metal architects and innovative purveyors of groove and melody, the band’s artistry and influence is undeniable. Today, the band shares news fans have been eagerly awaiting.

Frontman Anders Fridén states, “Going into the Foregone sessions, we wanted to make a record that was heavily guitar-driven, and that had a strong foundation between the bass and drums. We still approached our songwriting the same way, as we always have, as a juxtaposition between melody and aggression. That’s the DNA of our music. From the lyrical end of things, there was no shortage of inspiration to draw from, especially the concept of time.” He continues, “Humanity as a whole was forced to slow down and take breather. In that break, many of us spent time evaluating and reprioritizing. Time is a constant, but what do we do with it and how we perceive it varies. Especially now looking at where the world seems to be headed faster than ever before.” Fridén finishes, “It’s crazy that after everything we are still here and on our fourteenth album. I feel that we’ve found a great balance between the past, the present and the future with Forgone. This is a new era of In Flames!”

The band has also shared the visualizer for “Foregone Pt. 1.” Watch it at https://www.youtube.com/watch?v=5W0yNXwTPbw&ab_channel=NuclearBlastRecords. Stream the song: https://inflames.bfan.link/foregone-pt1.ema

The visualizer was created by Oleg Rooz. The Ukrainian graphic designer used groundbreaking AI technology to create the visuals. As one of the first bands relying on AI for a music video, In Flames remain on the cutting edge.

“I thought that everything we’ve been through these past few years would be a reminder that life is precious, and that time is not on our side,” offers Fridén. “Unfortunately, I feel that we’ve woken up in a world that’s more hostile and bleak than ever before. The clock is ticking and the countdown has begun…”

In Flames are currently touring US before embarking on their big European tour starting November 12th in Tallinn, Estonia. Ahead of the tour of the year, the Swedish metal powerhouse will stream their performance at House Of Blues in Chicago on September 23rd, 04.00AM CET.

Get your tickets here: https://inflames.veeps.com/ 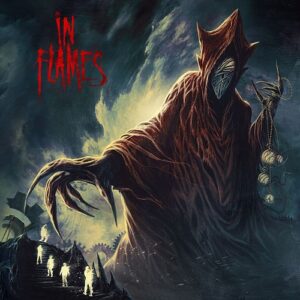 The tracklist of Foregone reads as follows: 1. The Beginning Of All Things That Will End 2. State Of Slow Decay 3. Meet Your Maker 4. Bleeding Out 5. Foregone Pt. 1 6. Foregone Pt. 2 7. Pure Light Of Mind 8. The Great Deceiver 9. In The Dark 10. A Dialogue in b Flat Minor 11. Cynosure 12. End The Transmission

About In Flames: In Flames are one of the biggest metal bands in the world – never shying away from pushing their artistic boundaries, crafting music that’s as catchy as it is crushing. Formed in 1990, the band is considered one of the forefathers of melodic death metal and the purveyors of the ‘Gothenburg sound’. With thirteen studio albums under their belt, countless successful tours around the globe playing with the likes of Black Sabbath, Metallica, Iron Maiden, Megadeth, Judas Priest and Slayer – with millions of records sold and a massive fanbase worldwide, In Flames have proven to be an unstoppable force. From their 1994 debut Lunar Strain onwards, the band’s intricate twin guitar attack, melodic vocals and superb arrangements have given them a signature sound that has evolved throughout the years. 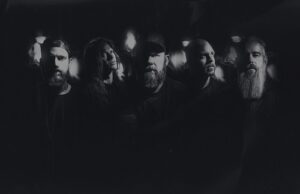