The new Sidus Atrum studio album “Spiral Of Life” is set for release on March 11th 2022 on CD and Digital.

The project was originally formed in 2015 by Yulia Lykhotvor (music, lyrics, vocals). 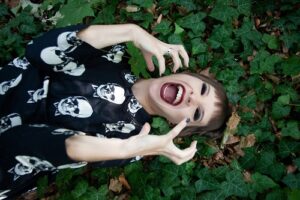 “Spiral Of Life” features guest appearance by Serhii Lykhotvor (Sad Alice Said, bass) who helped with arrangement and Daniel Neagoe (Clouds vocalist) who recorded vocals in duet with Yulia for the song “Rain Brings Your Voice”.

A video for the song “Fading Light” will be released on February 5, 2022 on the project’s YouTube channel and followed by a series of other videos in the upcoming months. 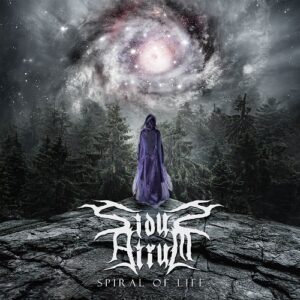 Sidus Atrum was founded in Kyiv at the end of 2015 by Yulia Lykhotvor who is a composer and the only member of the project. First album “Cold Silence” was released on September 11, 2019 at Loneravn Records. It contained 5 songs of blackened death doom metal telling the story about inner struggle and acceptance of one’s essence.

In 2019 Yulia Lykhotvor participated in vocal collaboration arranged by Death Doom band Clouds and in March 2020 the song “Path Of Sorrow” was released together with the studio video.

The main idea of “Spiral Of Life” is еру cycle of rebirths of the soul, its choice of incarnation in a mortal shell, life, death, and return to eternity.