In case you missed it, German metal outfit Godsnake from Hamburg has signed with Massacre Records, and will release its debut album entitled “Poison Thorn” on October 23, 2020! 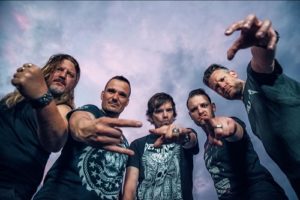 The quintet has now revealed more details about their upcoming album:

“Poison Thorn” was mixed and mastered by Lasse Lammert at LSD-Studios, whereas Björn Gooßes (Killustrations) designed the fantastic album artwork!

Check out the cover artwork along with the album’s track list below!

Godsnake‘s debut will be available on CD as well as in digital formats and is already available for pre-order here » https://lnk.to/poisonthorn

If you’re into straight, heavy and riff-oriented metal with catchy songs and hooks, look no further!

The first single from the album will drop in mid-August and is going to be accompanied by a lyric video. 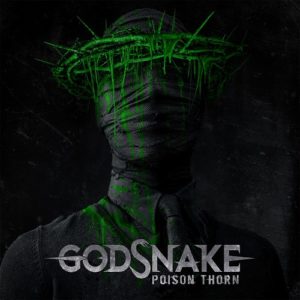 Godsnake – Poison Thorn tracklist: 1. Urge To Kill 2. Poison Thorn 3. Sound Of The Broken 4. We Disagree 5. Stone The Crow 6. Darkness 7. You Gotta Pay 8. Blood Brotherhood 9. Hellbound Ride 10. This Is The End