I’ve been listening to all sorts of music from a very young age. I borrowed my mother’s MP3 player when I was a very young child and was sort of stuck with whatever she was listening to for a long time. At that time she was into a lot of different types of music and I think this was responsible for my quite diverse taste. I had to adapt to whatever she was into so I can enjoy anything from ABBA to Abbath, so to say. As far as metal goes, I think that was inevitable. Being interested in the darker side of fiction and religion I was drawn to dangerous and rebelious imagery when I was young. First came perhaps a little ligher stuff like Shout At The Devil or various eras of KISS. But hearing Iron Maiden’s “The Number Of The Beast” was the tipping point when I got into what one would call Heavy Metal. 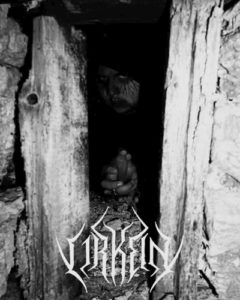 As for the music I make today I think the backbone of everything I make needs to be melodic. There needs to be hooks and things that catches people. So, in a way I think ABBA is a really big influence on how I try to write music. I can’t say there’s a single bad ABBA song, honestly. As for the specific sound of Cirkeln I draw obviously a lot from Quorthorn and Bathory, that’s where the core of everything I do comes from. From there one can continue along different trajectories on the musical journey of Heavy Metal to find various influences but without ABBA and Bathory Cirkeln wouldn’t sound like it does.

My first love was guitar because it was cool. Ace Frehley was my bigest inspiration for picking up a guitar and so early on I tried to learn various KISS songs in my boyhood room. I did take private lessons for a while an learned what little bit of musical theory I knew, but that was because I really wanted to learn how to do lead guitar playing and that wasn’t something I was really clever enough to figure out on my own. My mother was very supportive of everything I did, not because I did lessons but because I was following my inner fire and inner beliefs. What I’m doing today with Cirkeln I’ve mostly learned on my own, but every now and then I have to google some theory here or there. I learn more about all sorts of musical theory and performance for every song I write and record. Its a constant evolution.

Music is by no means a fulltime job for me. I do this at night when my family is asleep and when certain, shalle we say, inspirations are present. What I do for a living isn’t really that interesting, but I get to meet a lot of good people/goats.

*If you could start a band with other musicians on other instruments, which artist would you pick for wich instrument and why? (Something Like an “All Stars Band”.) Would you still go for a epic black / doom metal band? Or would you do something completely different?

I’m not sure really, I don’t think personality is that important. I would like to see Benny Andersson and Björn Ulvaeus write some metal songs. I think those guys would rock our socks off.

‘Epicus Doomicus Metallicus’, Candlemass – a must-have for any metalhead worth their steel.

‘Blood On Ice’, Bathory – Quorthorn at his most epic and fully realized.

‘Live At Wembley Arena’, ABBA – one of the best live albums ever with an amazing feel to it.

‘The Deam Of The Blue Turtles’, Sting – this album has Sting’s best vocal performance and his best songs as a solo artist. If you’re a Sting fan like me you should keep this close by at all times for an emergency dose of groove.

‘Purple Rain’, Prince – Prince in the way I’d like to remember him. This also reminds me of my mother.

Well, I don’t know exactly why anyone should buy it. There’s so much good music out there and far too little time to listen to it all, a tragedy really! ‘Kingdoms That No One Remembers’ is a heavy and epic record with a lot of love behind it. If you’re into that kind of stuff, give it a spin. The standout tracks for me are ‘Ships’ and ‘Golden Rauros’. I think those two tracks get closest to capture the feeling I was aiming for with the album – Traveling to a distant and magical land on the edge of the sunset as reality and fantasy slip into each other. 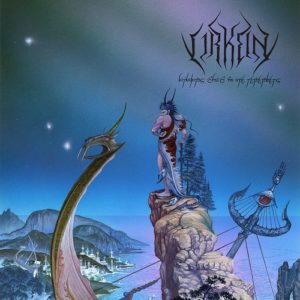 *Is there a chance that you will promote these songs through live concerts (after everything is getting “normal” after the covid-19 disaster? Are there contacts with other musicians to promote the album live yet? And if so, would you prefer small clubs or big festivals?

I don’t know if Cirkeln would ever perform live. As of now there’s no band, just me, and there’s no process ongoign to recruit any musicians to play this material. I’d love to play live, of course if circumstance allowed. As long as the people are there and holding up the horns it’ll be a good time.