Alestorm: Curse Of The Crystal Coconut.

The “Pirate Metal Drinking Crew” is back to show all the filthy landlubbers what they’re made of. Alestorm’s sixth long-player, Curse Of The Crystal Coconut, will be released on May 29, 2020, via Napalm Records! Eleven tracks presented in Alestorm’s typical unadulterated, chaotic fashion will pull the rug out from under your feet. Adding to that are guest performances from musical greats like Ally Storch of Subway to Sally (violin on the entire album) and Captain Yarrface of Rumahoy! A must-have, riff-laden anthem at any party, “Treasure Chest Party Quest” takes the listener onto a journey into the depths of “Tortugas” darkest taverns and Christopher Bowes’ unique sense of humor. The smashing, lively track “Chomp Chomp”, featuring vocals of Vreth of Finntroll, may make you never want to enter the open waters again, but will definitely entice you to dance along with its addictive melodies. “Pirate Metal Drinking Crew” is yet another foot-stomping anthem on the album that excels with a catchy rhythm and indelible hook. Be careful to not anger the great pirate Scurvy, or he might just unleash the Curse Of The Crystal Coconut with the brutal riffs of the “Pirate’s Scorn” upon you. Whether the album makes you want to grab a fresh coconut and sip it or open up a nice bottle of beer – it will definitely lead to a wild piratical escapade. For the extra-adventurous pirates amongst you, Alestorm will release a 2-CD Mediabook with ground-breaking 16th century interpretations of the songs. Be sure to get yours. 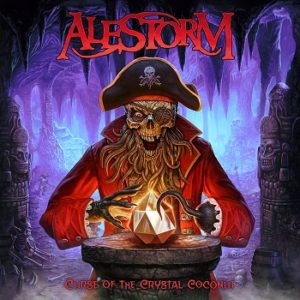 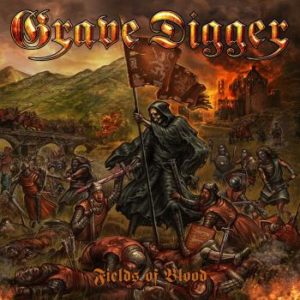 With metal anthems like ‘Heavy Metal Breakdown’, Grave Digger are one of the most influential and pioneering bands of the German heavy metal scene since the early 80s, and 2020 will celebrate the 40th anniversary of these Teutonic metal masters! The ethos of the band has not changed, and yet Grave Digger sound modern and timeless like never before. On their 20th studio album, the band around frontman Chris Boltendahl continues their epic Highlands story. Fields of Blood is the logic consequence of a legendary trilogy and an auditory battle of unique traditional metal! Drifting riff masterpieces such as the stoic “All For The Kingdom”, or the epic anthem “Lions Of The Sea”, promise earworm and neck muscle training, while Fields Of Blood takes us into the vastness of Scotland on a journey through explosive sound landscapes. It’s no surprise that the band even recorded parts of their new longplayer in the Scottish Highlands. As a very special highlight of the album, “Thousand Tears” features the incomparable voice of Noora of Battle Beast, refining the most touching metal ballad of the year in a duet with Boltendahl! Even 40 years later, Grave Digger still stay true to their no-frills traditional brand of metal with unwavering pure steel, which nevertheless offers surprises, and celebrates such a special anniversary of one of the most successful German heavy metal pioneers in the most glorious style!