-Helge: I think it was back in 1997 or so. We went with an older neighbour to some unspeakable True Metal gig. Damn, that was a ride! But I choosed that kind of music myself, for two reasons to be precise: It is good stuff. It is the best stuff.

-Helge: That depends, as usual. First you want to sound like a certain band, later you want your mixing to sound like a certain album, than like another one. Later you try something else and in the end you start from the scratch. You see, I don’t mention any bands because (for my part) I couldn’t pick one. I would have to name them all and that wouldn’t be a “most”.

-Mexx: I have been playing guitar since I was 14 years old. But I’ve never had any lessons. My parents never expected me to learn an instrument. Playing the guitar became part of my teenage rebellion. It was all one thing, messing around, getting drunk, playing in metal bands. So I guess at a certain point they didn’t think it was so cool anymore. I don’t consider myself a „good guitarist“ either. I think of the guitar more as the tool I use to create dark sounds. Like a painter uses a brush.

-Helge: I cannot play any instrument, therefore I started with vocals. Later I found out, that bassplayers are the coolest ones and best looking, therefore I had to grab a bass. Now I am stuck with that two … things. 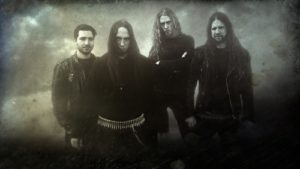 -Mexx: Basically I listen to any kind of music, it always depends on the mood. Every genre has artists who are serious and those who produce worthless rubbish. The important thing is that the music has soul, then I don’t care if it’s black metal or classical music. Sometimes I listen to Chuck Berry, Behemoth, Haendel and die Antwoord one after the other. But in the end I always prefer songs that have darkness in them.

-Helge: Naaa! Our drummer did study that stuff, he is indeed a professional musician. But the rest of us has more or less boring jobs to do, to earn the money we spend on the band. It preserves you some kind of freedom and you don’t have to lick so many asses to pay your rent. On the other hand, if I would earn … lets say … a wheelbarrow of money a month, than I could consider to quit my other job. But that would cost me a hobby – a high price.

-Mexx: Singer: Charles Manson: you need a little madness on the vocals. Guitar: Paganini: he is in league with Satan, thats good connections. Lead guitar: Erich Zann: because he is Erich Zann. Bassguitar: The young Jane Fonda from the year1968: Not sure if she is Musician, but a Bassplayer should primarily be good-looking. Drums: The guy who played the wardrums at the siege of Constantinople. I would not dictate a certain style here and just see what happens if they jam together. If the music sucked I could still get laid with Jane Fonda.

-Helge: Well … shit … but maybe there is still a need for a bass tech? 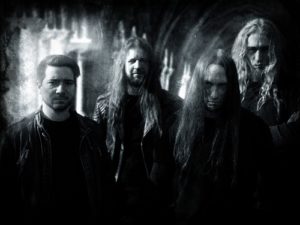 Dissection: ‘Storm Of The Lights Bane’: probably the best Metal Album of all time.

Burzum: ‘Filosofem’: I can listen to ‘Dunkelheit’ the whole day.

Pink Floyd: ‘Live In Pompeji’: feeds the Hippie side of my soul.

The Spice Girls: ‘Spice’: in case I get a bowel obstruction.

Rotting Christ: ‘A Dead Poem’: that is a good, a goood album.

Wardruna :’Runaljod – Yggdrasil’: for the evenings.

-Mexx: Buy it because the new album is the best one! Check out ‘Nachtmahr’ and ‘Haeresie’! They represent our two sides: the dark epic and the bloody fury.

-Helge: I like ‘Tides Of Hate’, it has this cool drive. Wakens the headbanger in me. And ‘Melancholera’ still gives me the chills … 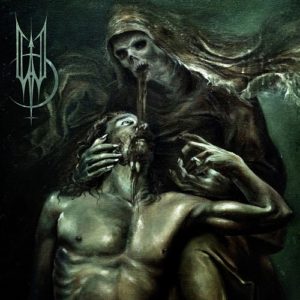 *I suppose you will promote this album through live concerts (when of course everyting is getting back to “normal” after the Covid 19 disaster). If so, would you prefer small clubs or big festivals? And is there a chance we can see WOLVES DEN in Belgium?

-Helge: Actually, we have been in Belgium a couple of times. I remember, one of the most impressing shows for us was in a hole-in-the-wall venue in Liege. A good example for “club beats festival”. Of course, if you have a big crowd, a massive lightshow and so on a festival can be hell of a party. But talking about energy – then I would pick the club.

We will see: maybe in a month or a year we will be back on the road. And for sure also in Belgium!