*When did you really get involved into music in general and into metal specific? Who was responsible for your interest in music?

Music has been with me ever since childhood as I’ve had parents and grandparents who have been skilled musicians. I would say metal came to me when I was about 8-9 years or so. But my larger interest for black metal actually came through a project about ‘Satanism’ in 8th grade or so, where I got recommended by my teacher to investigate the church-burnings of the early 90’s in Norway. After that I was truly stuck.

Bathory and Dissection has probably been the largest influence for me when it comes to metal. But I’ve also been hugely influenced by traditional Scandinavian folk-music as well as by composers of the romantic era. Nowadays I barely listen to metal anymore though, and especially not new bands. In the cases when I actually do, it is most of the time bands and projects of friends. 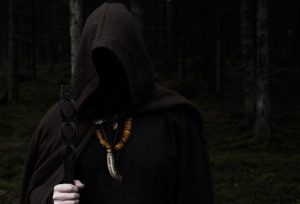 If one looks away from playing simple melodies on the piano as a very young child, my first instrument to learn was actually the trumpet when I was in second grade. I also later moved on to flute as well, but I did not continue with it later on when my family decided to move from the Uppsala region a bit further down south. Yes it was indeed partly my parents idea to play an instrument in a young age – as my male grandparents were big fans of jazz as well, they thought it would also be a good instrument to start with. I later had some guitar lessons when I was a bit older, and during my gymnasium time took lessons for drums. So throughout my time of growing older I’ve always seen the positive outcome of being able to play many instruments by myself – and once you know how an instrument works in order to produce a sound, all you need is practice, so it is never too late to learn a new one.

*Do you follow other or are you intrested in other styles of music beside the pagan / folk / ambient that you play? If so, what is the music you prefer to listen to?

I listen to a lot, but I never listen to anything because it is of a certain genre or sounds in any particular way. I listen to music that I find good and atmospheric, and that is made by people whom share a similar vision as myself.

No, it is not. I work as a full time music teacher for classes in 4-9th grade, so that is where I get my main income. As soon as I have my masters in Old Norse religion I will probably continue and apply for a job as a Ph.D. No matter how good it will ever go for Forndom I would never quit my studies and interest for the Old Norse religion and culture. It has either never been the intention to in any way succeed with Forndom at all. But rather let it work as a mere expression of thoughts and culture. 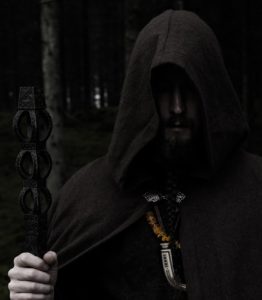 *If you could start a band or project with other musicians on other instruments, which artist would you pick for wich instrument and why? (Something Like an “All Stars Band”.) Would you still go for a pagan / folk / ambient project? Or would you do something completely different?

I would probably still do what I do today, as that is who I am. I’m unsure whom I would pick as I do not usually follow music because of the persons, but because of the music itself – meaning that a lot of the people I look up to, I mainly look up to as composers and not due to their skill in their instruments – and besides most of them are dead. But if I am however to choose among some composer whom I would have loved to work with today and who is still alive, it would definitely be the Estonian composer Arvo Pärt.

• Dissection – ‘Storm Of The Light’s Bane’

I would probably chose these albums due their variations for different moods, while still reflect much of my musical preferences – and of course due to being great albums.

Haha, well in fact I don’t agree to that quote at all. I think ‘the best’ is just a matter of perspective. It could be a great evolvement for the composer in question, but also something that might not speak to its audience in the same way as a previous release. We often tend to use a previous or even the first release as a form of reference, but of course one should always look upon every release as a creation on it’s own. As the upcoming album is very personal and as a lot of time has been laid down for each of the song as well as the composition as a whole, I would not say I have any specific song that I prefer more than the other. They all tell of different things, equally important to me. 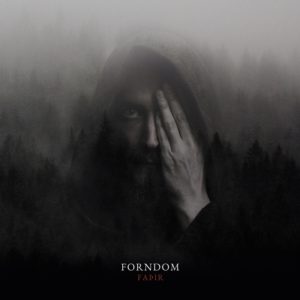 *Which instruments did you all use for this new album?

I used a variation of synths, samples as well as cello and violin. I originally had the thought to make this album very different, and only contain acoustic instruments (double bass, cello, violin etc) but due to the nature of the songs, which firstly was composed on piano, I felt that it did not get enough to transfer the ambience needed – hence the additions. But it is still my ambition to take it towards where I first intended on the next one.

*Is there a chance that you will promote these songs through live concerts? Are there contacts with other musicians to promote the album live yet? And if so, would you prefer small clubs or big festivals?

Of course, the majority of the album will be performed in the upcoming tour in April as well as all the further ones. As for the performance itself I would prefer any place with a good atmosphere, suitable for the music and the performance itself. But whether that is a small club or large festival stage does not matter.