Reignite the fire with this haunting western-inspired take on Ritual favorites!

Nytt Land transcends from the spirit world once again, traversing from the dark and frostbitten woods of Siberia to the burning plains of the prairie, awaking an old Ritual anew. Based on their latest album, Nytt Land returns with a new incantation, Ritual: Blood of the West, out November 18 via Napalm Records. The EP ensnares new listeners and longtime fans alike with haunting gothic folk and western-inspired versions of favorites from their acclaimed 2021 album, Ritual. While prevailed by the entrancing recognizable melodies and hair-raising throat singing of the shamanic dark folk duo, Nytt Land conjures bewitching new sounds and vocals, beckoning listeners to a spirit realm filled with ancient gods and heroes of the old west.

Following their traditions and worthshipping their connection to nature, Nytt Land directs its powers toward a new territory, leaving behind the rough lands of the north and embarking on a sonic journey in five transfixing songs. Staying thematically faithful to ancient legends and adapting to the temperate sounds of the west, opening song “Dark Country. Ritual” not only displays Nytt Land’s dedication to their own legacy, but opens the EP with an enchanting, ambient new sound, rising and falling like smoke. On “The Blues of Ragnarok” and “Song of U-Gra” the band flexes its trademark vocal approach with summoning chants that gently carry the listener away to another mental state, conveying more tranquil versions of the originals without losing their depth and ancient thematic significance. “Dead Man’s Ballad” tells its story like a coyote howling at the moon, offering a mysterious yet soothing blend of guitar and vocals that reinterpret the band’s dark folk essence. “Blood of the West” closes the EP with acoustic guitar instrumentals that summon the spirits of the west and leaves the listener enchanted, induced in the serene, ancient sounds of the grasslands. Follow Nytt Land’s mystic vocals and hypnotizing guitar sounds on a journey into a whole new spirit world with Ritual: Blood of the West! 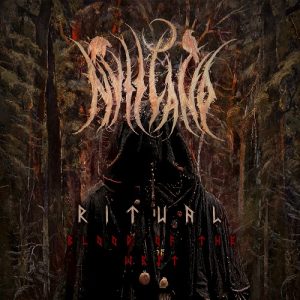 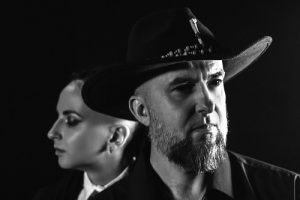