Take that humans! Valborg are offering a short, sharp glimpse of their industrial side, driven by a chugging MOTÖRHEAD groove with the new video single ‘Hektor’, which is taken from the German sludge monster’s forthcoming album “Der Alte” (“The Old One”) that has been scheduled for release on September 9. Album details are presented below. You can find the visually impressive video clip for ‘Hektor’ at: https://youtu.be/x5jzJVv6byk

Valborg comment: “Every now and then a song comes along, which has me immediately convinced that it is a total hit – as was the case with ‘Beerdigungsmaschine’ on ‘Endstrand’ for example”, drummer Florian Toyka writes. “This also happened with ‘Hektor’, which is at the same time powerful, straightforward, simple, very short, and has a good deal of impelling closed hi-hat greatness. I am always extremely psyched to play this track! It feels like a powerful steam train relentlessly pushing forward, which makes it one of my personal favourites on this record. The science fiction lyrics deal with the great invisible xenomorphic manipulation that has an influence on some humans just by chance.” 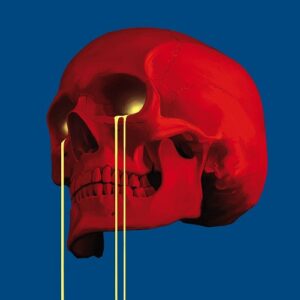 Some bands prosper largely in a space that is mostly visited by connoisseurs and insiders for a large part of their career. Critically acclaimed German outfit Valborg can clearly lay claim to such a fate until now. Beloved by many of their peers, knowing journalists, and a die-hard fanbase, the trio from the City of Bonn is long overdue for the “big breakthrough” despite a discography of outstanding quality that already includes eight albums.

Looking for reasons, it is easy to point out the willingness of Valborg to experiment, shift boundaries, and while always remaining true to their harsh and sinister musical core, the Germans have never stuck to one particular musical box while consciously avoiding to become trapped in a stylistic pigeon hole. As a result many stickers have been applied to their sound: doom, blackened death metal, industrial among others.

In their latest incarnation entitled “Der Alte” (“The Old One”), Valborg take a rather reductionist approach. Their new tracks are deliberately kept short, making use of simple structures, brutal, while making use of extreme vocals and their trademark lambasting and relentless drum beat. Aided by LANTLOS-mastermind Markus Siegenhort, who took on all production roles, Valborg have opted for a raw and unpolished sound that relies heavily on the guitars as all keyboards have been ditched on this album. Audible influences include all of the band’s metal aspects but also add elements derived from punk and wave for example.

The result of this simplification process are hard-hitting tracks that still maintain a dark cinematic quality and construct threatening nightmare scenarios within cosmic dimensions, which fits the Germans’ lyrical themes that explore the maddening horrors awaiting in the abyss of outer space, xenomorphic manipulation and apocalyptic visions that are often referring to and sometimes taken from the canon of modern science fiction literature.

Valborg were conceived in the City of Bonn, the former capital of West Germany in the country’s most populous state, North Rhine-Westphalia, in the year 2002. The trio’s self-released debut album “Songs for a Year” was released in 2005 but despite generating an underground buzz and being offered a record deal, the Germans’ busy work schedule meant that their sophomore full-length “Glorification of Pain” only came out nearly 4 years later in 2009. The band firmly established themselves as a highly individual metal act with the next three albums that appeared in rapid succession: “Crown of Sorrow” (2010), “Barbarian” (2011), and “Nekrodepression” (2012).

Critics have compared Valborg with such artists as GODFLESH, CELTIC FROST and TRIPTYKON as well as TYPE O NEGATIVE among others, but the trio clearly went their own way and continued to defy easy categorisations as the following three full-length releases easily proved that came out in more usual intervals, namely “Romantik” (2015), “Endstrand” (2017), and “Zentrum” (2019). On the live-front, the Germans have twice been invited and performed at the taste-making Roadburn Festival in the Netherlands as well as other prestigious festivals. They have also criss-crossed Europe several times by now and the latest tour included supports for MANTAR and HEMELBESTORMER.

Another remarkable trademark element of Valborg are their captivating and stylish album artworks that achieve a strong sense of continuity as they are all created by vocalist and bass player Jan Buckard.

With “Der Alte”, Valborg deliver more than tasty bittersweet ear candy for their loyal fanbase as their harsh but simplified new tracks will easily appeal to a much broader audience that craves brutal, dark and highly intelligent music! 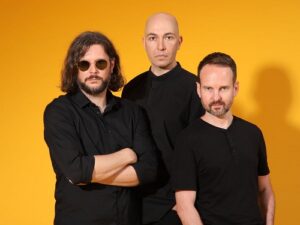 Available formats: “Der Alte” is available on transparent yellow vinyl and as a black vinyl LP, and as Digisleeve CD.